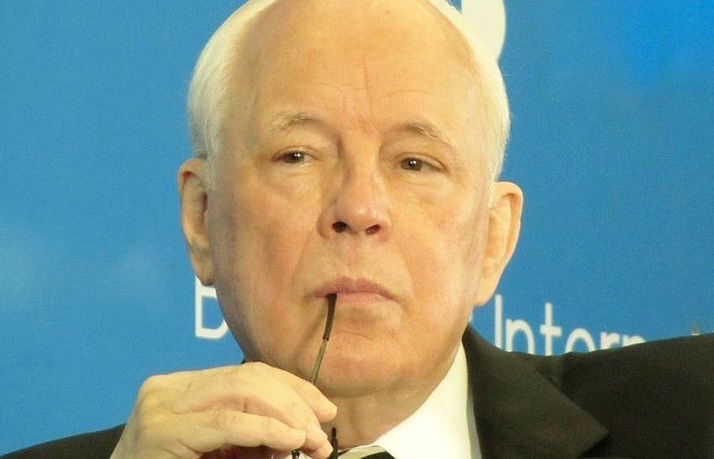 As Donald Trump’s entanglements with (and allegiance to) Vladimir Putin’s Russia grow deeper and more treacherously anti-American, the only remaining question may be whether it’s an even bigger scandal than Watergate, the biggest political scandal in the history of the United States. But as it turns out, one of the conspirators in the Watergate scandal is now offering some strikingly familiar advice when it comes to unraveling Trump’s ties to Putin: follow the money.

Richard Nixon’s White House Counsel John Dean was both one of the masterminds behind the Watergate conspiracy, and later one of the whistleblowers who blew the whole thing wide open. Dean has been openly critical of Donald Trump, for instance tweeting yesterday that “It is deeply troubling when you realize that the president-elect generally does not know what he is talking about and when he does he lies.” But today he offered some more specific insight into Trump’s love of Putin.

John Dean tweeted the following today: “Why is Trump so pro-Putin? The answer is $$. Here’s as good an overview as possible w/o his taxes.” He included a link to this article from The American Interest, which uses public records to extensively detail Donald Trump’s financial connections to Russia and dependence on Putin.

Although the line “follow the money” is not known to have ever been spoken by anyone involved with the Watergate scandal in real life, it became popularized in the movie All The President’s Men, which focused on the reporters who broke the scandal. And now John Dean is essentially giving the American the same advice regarding Trump and Putin.