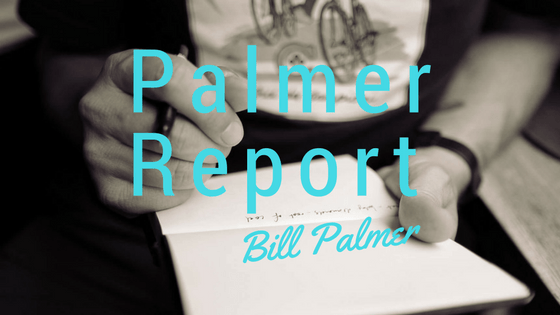 What happens when an upstart news outlet manages to scoop its larger competitors on a story? Some of them start to get defensive. And when the same upstart news outlet keeps scooping the competition on a regular basis, the result ends up being what we’ve seen out of formerly respectable news site Vox today: a misleading and strangely desperate attack piece on Palmer Report that’s so far removed from the facts, it belongs in the tabloid section of the checkout aisle.

This is, of course, far from the first time in which Palmer Report has been early to story, prompting the old-guard political sites to begin defensively vilifying us for it, only for us to ultimately be vindicated. Those false claims about us never do end up getting retracted, no one apologizes for having lied about us, and no competitor acknowledges that we got to the story before they did. It’s perhaps best summed up by our reporting on the connections between Betsy DeVos and the Trump Tower email server, which CNN then finally reported on-air a full month later while splashing the word “Exclusive” across the screen instead of crediting us.

And then there is the matter of today’s surreal work of fiction by Vox. Normally we don’t dignify this kind of tabloid trash with a response, but this particular piece goes to such egregious lengths that we’re compelled to set the record straight, as it dishonestly smears everyone from a U.S. Senator to a Harvard Law Professor to a CIA agent in the name of trying to smear Palmer Report.

We knew this Vox attack piece was coming because its author Zack Beauchamp contacted us in pretend-friendly fashion a week ago and tried to lull us into lending credibility to his article by participating in it. Naturally, we declined. The central premise of his Vox article is that anything reported by Palmer Report, or anything reported by anyone who’s not a part of the old-guard of political news sites, must automatically be “fake news” and therefore anyone sharing those articles must be condemned for it. It’s a laugh out loud false premise, and yet we seem to have reached that point.

Beauchamp goes on to dishonestly represent a series of events involving Palmer Report and U.S. Senator Ed Markey, who stated during a television interview that a grand jury was underway in New York in the Trump scandal, leading everyone involved to believe that he had gotten this information through official Senate channels. He later clarified that he had instead gotten it from Palmer Report. This did nothing to impact the validity of our story, or the validity of his decision to reference it; he had merely failed to state that he had gotten the information from the media.

But instead, Vox is pretending that our reporting cited by Markey was “fake news” to begin with – which is a flat out lie – and is condemning Senator Markey for having cited us. Several other old-guard news outlets have also eagerly misrepresented the Markey matter in the same dishonest fashion over the past week, each time using it as a thinly disguised attempt at harming the rapidly growing stature of Palmer Report. It reveals how desperate these news outlets have become to try to fend us off, and how concerned they are that we keep managing to beat them to important stories.

These news outlets now look incredibly foolish, as MSNBC’s Rachel Maddow ended up confirming this week that there is in fact a grand jury on Trump’s New York based associate Paul Manafort (link). So, as is par for the course, we had it right to begin with. And yet, now that Palmer Report has been vindicated on the matter, the sites that we beat to the story are only ramping up their dishonest attacks, rather than having the sense to move on.

Also on Vox’s hit list today are respected Harvard Law Professor Laurence Tribe and former CIA agent Ned Price, among others, because they’ve dared to share Palmer Report articles on Twitter. If we’re evil, then they must be evil by association. Vox then goes on a bender about how awful it is that Palmer Report is growing in size and popularity, and this is where it gives away its true motivation for writing this trash: this is all about traffic levels and competitive balance. Sites like Vox may have higher overall traffic levels than Palmer Report, but we’re growing a faster clip because we’re reporting important stories before they do, and that worries them. When they see respected political figures embracing Palmer Report, that worries them to the point that everyone involved must be dishonestly attacked.

As always, we prefer to allow our track record to speak for itself. In order to easily shoot down the increasingly reckless false claims being made about Palmer Report by inept competitors each time we beat them to a story, we’ve assembled a partial list of these instances. As you can see from the list, we’ve been vindicated each time (link). As for overall accuracy, we’re proud that the two most respected fact checking outlets, PolitiFact and FactCheck.org, have never once disputed the factual accuracy of our reporting. The only corners claiming “credibility issues” with Palmer Report are resentful competitors and scam sites masquerading as fact checkers.

We’d much rather see our competitors focus on doing their jobs and try to beat us to important political stories. Honest competition in political reporting is a healthy thing. But with so many of them instead opting to waste their time writing fake tabloid trash about us in the feeble hope of tainting our reputation or slowing us down, they’ve made their choice and we’ve made ours. This instance aside, we will not stop and refute every dishonest hit piece published about us. Palmer Report will continue working hard to bring you important political developments in a timely manner, even as some competing sites are intent on ruining their own credibility by dishonestly attacking us.

www.palmerreport.com
1191
SHARES
Facebook ShareTwitter ShareEmail this articlePrint Article
LinkedinGoogleWhatsappPinterestRedditStumbleuponBufferTumblrPocketLine
← Someone is leaking the details of Donald Trump’s “nut job” conversation with the RussiansDonald Trump and his White House just signaled that they think impeachment is coming →
Posting....
Scroll To Top