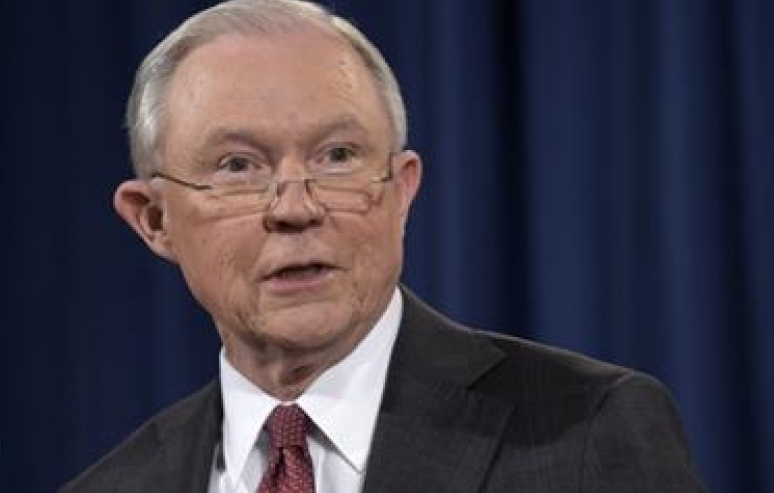 All along, Attorney General Jeff Sessions has been trying to walk a tightrope between protecting himself in the Trump-Russia scandal (so he won’t go to prison) and avoiding saying anything incriminating about Donald Trump in the scandal (so he won’t get fired). He lied to protect himself and Trump during his Senate confirmation hearings, and when that backfired, he recused himself from the investigation in order to protect himself at Trump’s expense. He’s continued to play that game all year – but now he’s finally blown it.

During numerous hearings before Congress this year, Sessions has relied on a combination of saying he couldn’t recall the answer to any given question in some instances, and saying he wasn’t allowed to answer the question due to executive privilege in other instances. Whenever incriminating evidence has surfaced, he’s suddenly and conveniently remembered that specific event accordingly. Because his Republican pals control the majority on these congressional committees, Sessions has been able to slide along with this nonsense without being held in contempt of Congress, until now.

The tricky part to refusing to answer certain questions is that you end up giving yourself away when you then choose to answer other questions. Whenever Jeff Sessions has faced an accusation that he thought he could get away with steadfastly denying, he’s done so. For instance, when Democratic Congressman Adam Schiff asked Sessions today whether he “was ever instructed by the president to take any action that he believed would hinder the Russia investigation,” Sessions refused to answer the question. Oops.

Here’s the problem: Jeff Sessions just tacitly admitted that Donald Trump did ask him to hinder the Russia investigation. It tells Special Counsel Robert Mueller precisely where to dig when it comes to nailing Trump for obstruction of justice. Perhaps more importantly, it tells Mueller precisely what to ask Sessions when he inevitably interviews him – and Sessions won’t be able to get away with dodging the question when Mueller asks it. Sessions may have just backed himself into eventually having to cut a deal with Mueller against Trump.

← The mainstream media is preparing to bullshit you about Donald Trump againYou’re not just imagining it: psychologists say Donald Trump is even further off the deep end than ever →
Leave a Comment