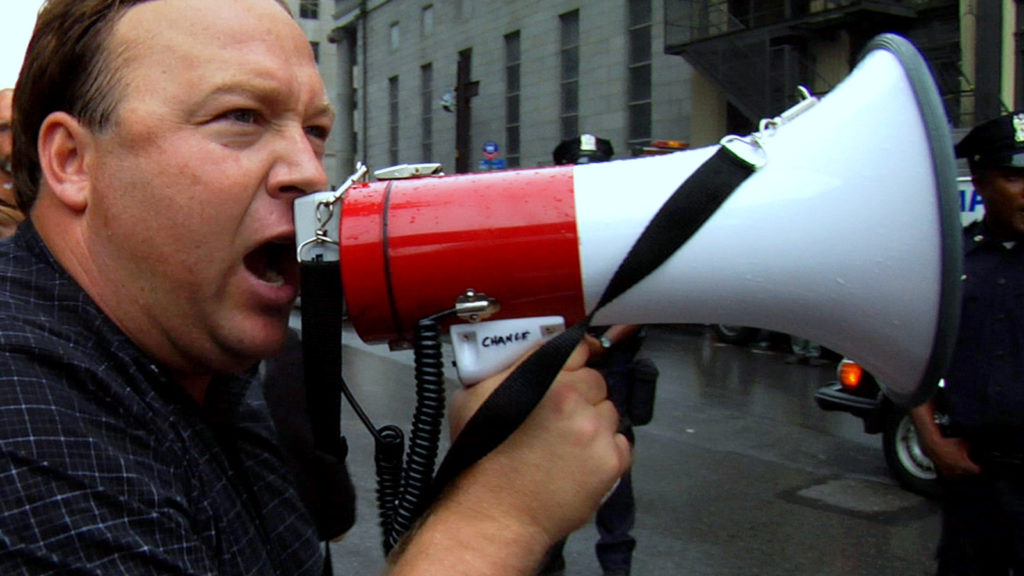 On a day that saw alt-crazy personality Steve Bannon getting most of the headlines because he got himself fired from Donald Trump’s White House, another alt-crazy personality Alex Jones decided he needed some negative attention of his own. Normally we wouldn’t want to give it to him, except that his decision to run around the streets of Seattle screaming at people ended up resulting in the city’s police department lampooning him on Twitter in perfect fashion.

Several users posted videos on Twitter today of Alex Jones yelling around on Seattle sidewalks, getting in people’s faces, and at one point clumsily running across the street to confront someone who had told him off. It was unclear what if anything Jones’ public appearance had to do with his InfoWars political site, beyond the fact that Jones seems to genuinely have a screw loose. But after one person contacted the Seattle Police Department online to ask if anything was being done about Jones’ antics on the streets today, the PD responded by lampooning Jones.

Dominic Holden tweeted SeattlePD with the following message: “Hey, @SeattlePD, I’m seeing vids of Alex Jones on Seattle streets yelling at folks. Is this under investigation, are there incident reports?” This prompted SeattlePD to reply in this fashion: “We haven’t received any official reports. As far as we know that could be an actor playing Alex Jones” (link).

This was a direct reference to Alex Jones’ recent divorce proceedings, in which he admitted that his deranged speeches and videos were nothing more than him playing a character for effect. By making this admission, Jones essentially acknowledged that his raging and screaming InfoWars personality is a carefully crafted fake. And yet his behavior on Seattle’s streets today suggests that it may not be so much of an act after all.