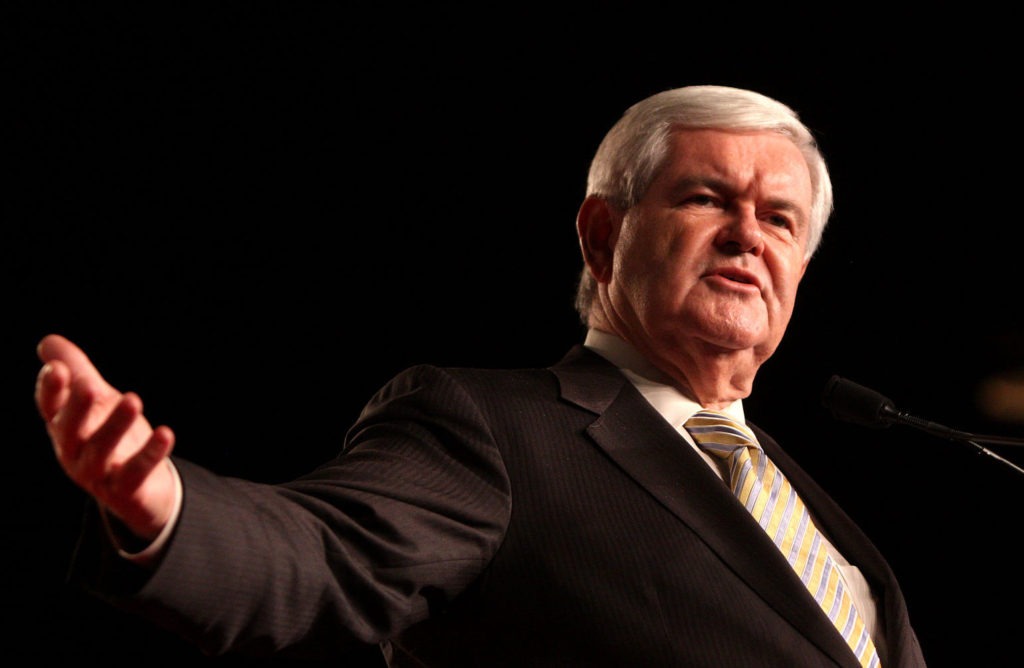 Newt Gingrich has gone mostly quiet since Donald Trump screwed him over by not giving him a job in the White House, but Newt still periodically pipes up in Trump’s defense, seemingly hanging on to the feeble hope that he might land a job after all. However it appears Gingrich has fallen on particularly hard times, if his latest failed tweet about Trump today is any indication.

Gingrich posted the following tweet on Monday afternoon, which made him sound like he’d been spending a little too much time with the bottle, or had perhaps fallen down and hit his head: 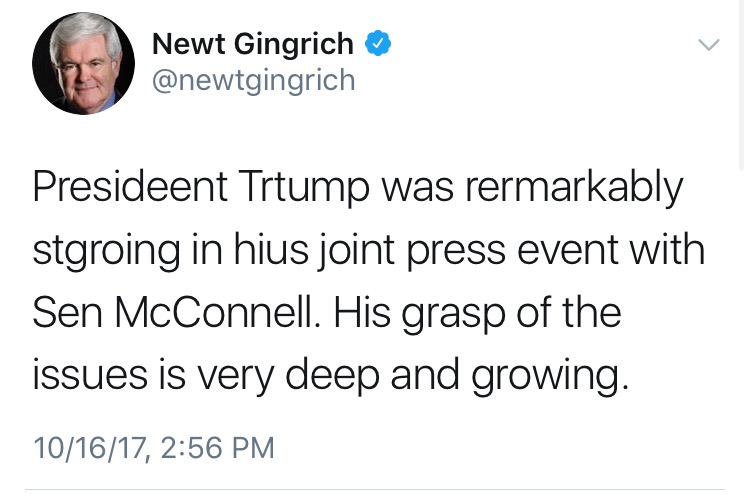 This tweet caused such an uproar that “Presideent Trtump” immediately began trending on Twitter, as users rushed in to make fun of whatever it was that had just happened. Many accused him of being drunk. Some accused him of having purposely posted a drunk-sounding tweet just to get attention, as he had mangled four of his first eight words but then curiously seemed to sober up for the rest of the tweet.

It took Newt Gingrich a few hours to finally get around to deleting the tweet in question. He then tweeted “Starting with better typing…” but then failed to add anything to the end of that sentence. If we cared about Gingrich, we might be concerned for his well being.