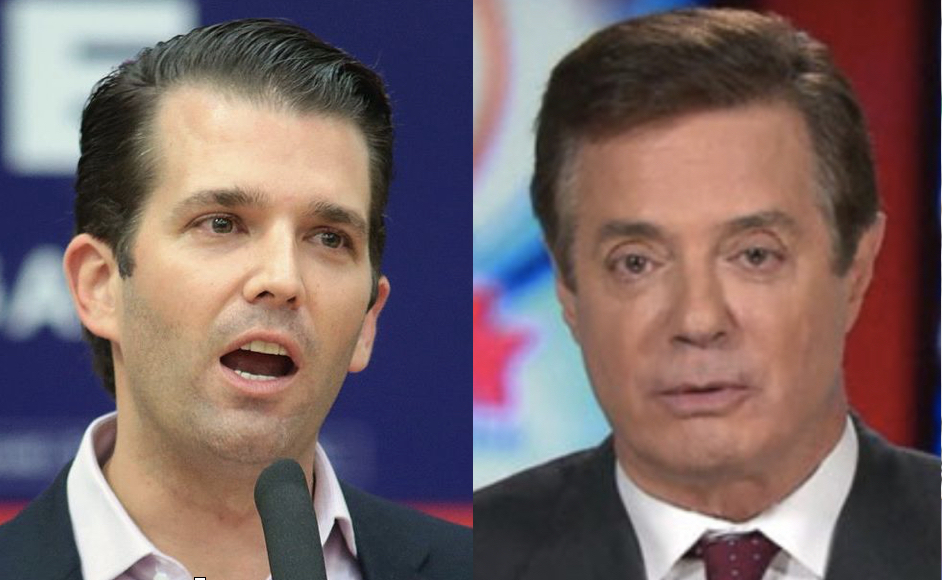 All along, the party line from other attendees has been that Donald Trump’s campaign chairman Paul Manafort had so little interest in Donald Trump Jr’s Russia meeting, he spent the entire time looking at his phone. Now it turns out he was staring at his phone for reason: he was taking meeting notes on it. Those notes have been obtained, and they suggest the Republican Party itself may have been on the take financially from the Russian government.

Manafort wrote down “Republican National Committee” and then wrote the word “donations” adjacent to it, according to a new NBC News report (link). This strongly suggests that the Russian government representatives in the meeting were offering to donate Kremlin money to the RNC – which would be illegal – as part of the collusion deal that the Trump campaign and Russia were cooking up. This adds new light to two previous related stories.

The first is that, as Palmer Report reported six weeks ago, Reince Priebus is confirmed to have been at Trump Tower the day of the Russia meeting (link). There is still no proof that Priebus was in the meeting room, just in the building, but he’s made no effort to explain why would have been there for a different reason. Priebus was the Republican Party Chair at the time. Now that the meeting appears to have involved Russia illegally funneling money into the RNC, it places newfound importance on Preibus’ presence that day.

The second is that, as Palmer Report reported three weeks ago, Republican Party leader Mitch McConnell was caught having taken millions of dollars in Super PAC money from a pro-Kremlin oligarch (link). This was considered technically legal at the time because the oligarch had dual U.S. citizenship. But if the oligarch was funneling it from the Kremlin to McConnell, that could be illegal. It remains to be seen if this is indeed the same reference that Manafort made to “donations” in his Russia meeting notes.