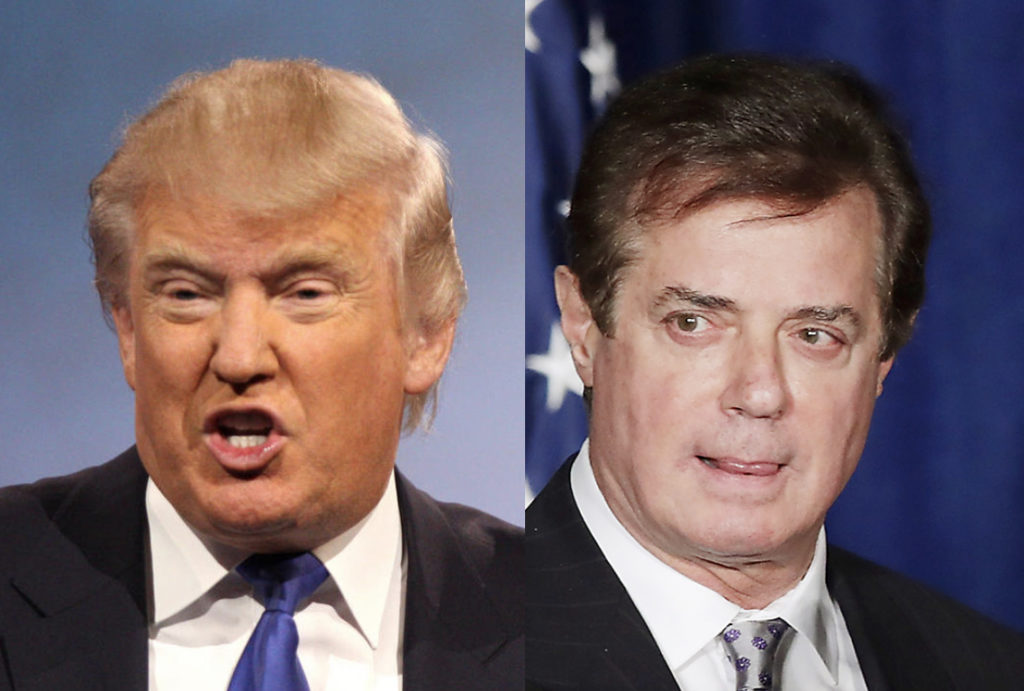 Over the past two days, Donald Trump has gone through a series of sharp turns in behavior that have been unusual even by his standards. On Friday he went completely quiet and tweeted nothing at all – which has almost never happened. Then on Saturday he desperately tried to spin up a series of distractions which suggested he knows a major Trump-Russia bombshell is coming. Now we may have the answer as to why: Paul Manafort has resurfaced in Washington DC while Trump is out of town.

It’s still unclear where Manafort has been for the past two weeks since his foreign agent work for the Kurdistan independence referendum came to a completion. On September 20th the New York Times said it thought Manafort may have been on his way to Iraq for the vote (link). That in turn set off a firestorm of questions about whether Manafort might have been attempting to flee the country before he could be indicted, and whether Special Counsel Robert Mueller would even allow him to leave the country. Rachel Maddow pointed out on-air on her MSNBC show how curious it was that no one among the media or the public seemed to know where Manafort was, at such a crucial time.

It was never confirmed whether or not Paul Manafort did leave the country – but in any case he’s stateside now. We know this because CNN reporter Jim Acosta says Manafort was spotted at a baseball game in Washington DC on Saturday night between the Chicago Cubs and the Washington Nationals (link). Manafort is a confirmed baseball fan and he’s been spotted a MLB games before. He has a home in Virginia that’s fairly close to DC, and it’s possible he simply decided to attend a baseball playoff game, without any additional reason for being in town. It’s also possible he’s in DC this weekend for another reason – and that fear may be what’s set Trump off.

We know that Robert Mueller is planning to indict Paul Manafort for serious crimes, in an attempt at pressuring Manafort into flipping on Trump and cooperating with the Trump-Russia investigation. Now suddenly Manafort has resurfaced in Washington DC in plain sight, while Trump is out of town on a golf trip, and Mueller is very much in town. Trump’s desperation to create a distraction on Saturday suggests he may be worried about what’s really going on here.

← Did Facebook partner with Kaspersky Lab to push hacked Russian malware software on its users during the election?Independent counsel: “There will in fact be indictments” in Donald Trump’s Russia scandal →
Leave a Comment