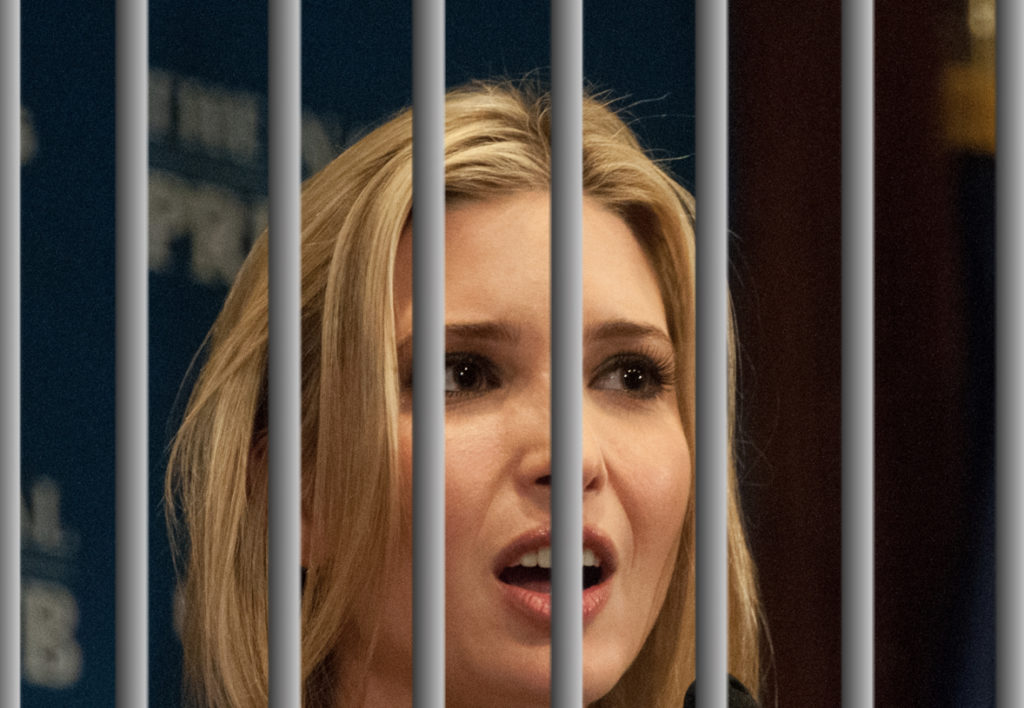 Another day, another money laundering scheme that just so happens to be tied to Ivanka Trump. We’ve seen it in New York real estate. We’ve seen it in Panama. Now Ivanka has been caught up in an alleged money laundering scheme involving her diamond business, which she conveniently got rid of recently, which involves everything from subpoenas to international intrigue. Oh, and it also conveniently involves Jared Kushner.

This time around the story is that the Commercial Bank of Dubai has subpoenaed Ivanka’s diamond jewelry line, under the premise that the diamonds were used as part of a nine-figure money laundering scheme, according to a GQ report (link). One of the alleged conspirators also just happens to be the guy who introduced Ivanka to Jared Kushner, whom she went on to marry.

This comes not long after the reporting about Ivanka’s involvement with her father’s businesses in Panama, which just happened to be deeply involved in money laundering. And of course Ivanka spearheaded various shady Trump Organization real estate deals with Felix Sater, who has been convicted for money laundering in relation to the Russian mafia. Every time we turn around, Ivanka Trump just happens to be connected to money laundering. It’s clear that (alleged) criminals worldwide are consistently choosing Trump family businesses for their money laundering needs. Either the Trumps are the most naive people in the world, or they actively seek out money launderers, which would mean they’re all going to prison.