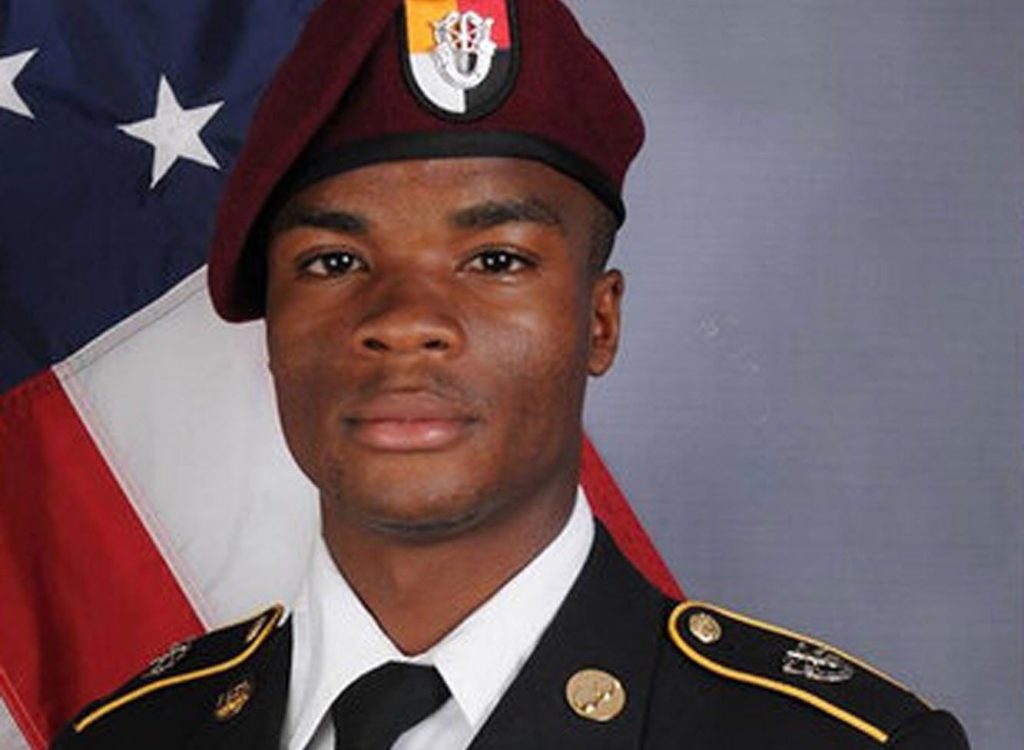 On Saturday morning, the military funeral and memorial service took place for Sgt. La David Johnson, one of four U.S. soldiers who were killed in Niger earlier this month. Donald Trump waited two weeks before calling the families of the soldiers, and then made offensive remarks to Johnson’s pregnant widow. During the funeral, instead of making any mention of Johnson’s service or sacrifice or family, Trump instead tweeted offensive trash talk.

Sgt. Johnson’s funeral took place at around 9:00am eastern time on Saturday. Just as the service was getting started, Trump tweeted an insult at Congresswoman Frederica Wilson, a close personal friend of Johnson’s family. After one of Trump’s supporters tweeted “facing team Obama and Hillary Clinton. So they rolled out their last hope, Federica Wilson” (misspelling her name in the process), Trump quoted it and added “People get what is going on!” Thus Trump was trash talking a close friend of the Johnson family, just as Sgt. Johnson was being buried.

A few minutes later, Trump tweeted a complaint about how he doesn’t get enough credit for the stock market. He conveniently omitted the fact that the stock market is growing at a much slower pace under him than it did under President Obama. So this tweet was both misleading, and inappropriate under the circumstances. As the day went on, Trump never did make a single mention of La David Johnson or the funeral. Instead Trump began tweeting lies about the Pee Pee Tape, lies about Hillary Clinton, and lies about fifty imaginary bills he’s passed into law (he’s actually passed zero bills into law).

But it was the tweet about Congresswoman Frederica Wilson that stood out the most, both for its content and its timing. It couldn’t have been a coincidence. Donald Trump wanted to take one more ugly shot at Sgt. Johnson’s inner circle, out of nothing more than pure spite.