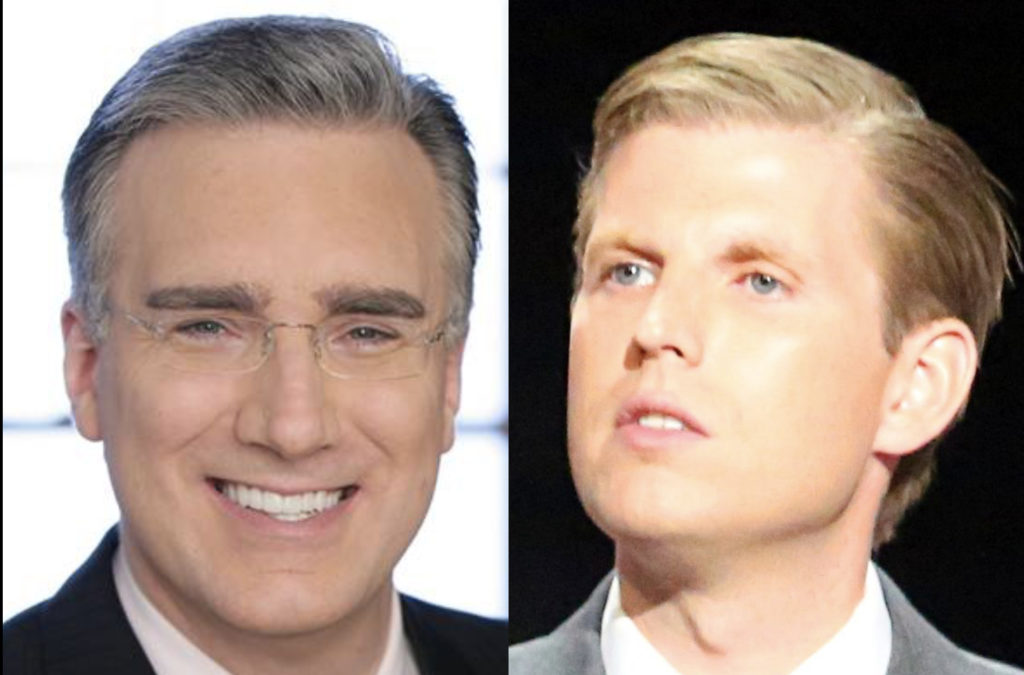 If you close your eyes and try to envision Keith Olbermann in a battle of wits with Eric Trump, you might end up picturing Albert Einstein facing off with a pigeon. But you don’t have to just imagine it, because such a battle between Olbermann and Blonde Trump has actually taken place on Twitter. Let’s just say the Twitter feud between the political commentator and the pitiful commentator ended up going roughly as one might have expected.

It all started when Kellyanne Conway tried to minimize Donald Trump Jr.’s treasonous meeting with the Russian government by making false accusations about the Clinton Foundation. That led Keith Olbermann to push back against Conway, tweeting “I understand your confusion. You’re thinking of Eric Trump self-dealing charity cash to himself from golf tournaments.” (link). Eric Trump saw himself being mentioned, and made th mistake of stepping up and try to take a swing at Olbermann.

Eric Trump tweeted “You mean the $16.3 million dollars I have raised for dying children (before the age of 33) at a 12% expense ratio. What good have you done?” (link). He left out the part about the 12% having been embezzled by his own family business. Olbermann fired back with “How much did you skim and self-deal? The million+ I’ve donated to St Jude’s, Make-A-Wish etc came out of my pocket, Sonny.” And then Keith Olbermann went for the knockout punch.

Olbermann tweeted “And when we put you, your disloyal brother Donald Trump Jr and the treasonous Donald Trump in prison we will all have done GREAT good” (link). That shut Eric Trump up for good. But Olbermann kept kicking him while he was down: “Remind me again which of us is being investigated for taking $1.2m in charity as ‘payment’ for a family golf course.” Final score: Einstein 1, pigeon 0.