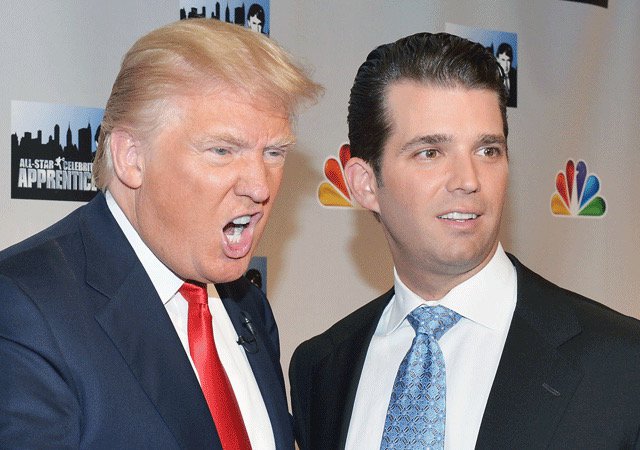 Even as the investigation into Donald Trump’s Russia scandal breaches his inner circle, and his Niger scandal threatens to do just as much damage to him, some things don’t change – like the fact that Donald Trump Jr is really, really stupid. Junior is now posting increasingly juvenile and idiotic nonsense on social media, seemingly in denial about the collapse of his father’s regime. Now he’s gone off the deep end with one of his creepiest posts to date.

At the end of a week which saw Special Counsel Robert Mueller gaining the cooperation of former Trump senior advisers Reince Priebus and Sean Spicer, even as Trump’s attempted coverup in Niger began unraveling, Donald Trump Jr seemed to think everything was just fine and dandy. He declared “Have a great weekend everyone” on his verified Instagram account, while posting this creepy picture of his dad: 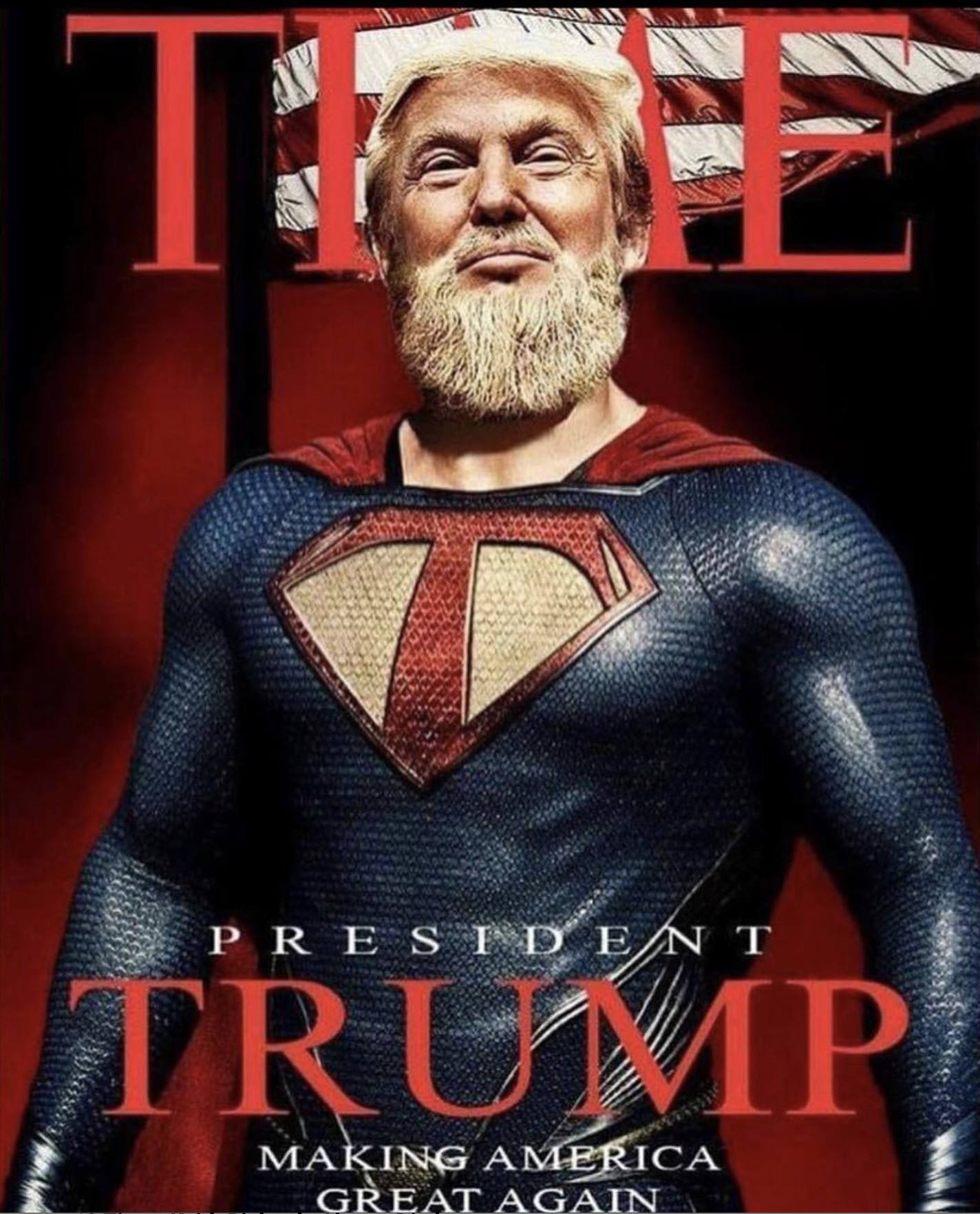 It’s almost difficult to know where to start when it comes to describing what’s wrong with this image. For one thing, Donald Trump’ scraggly beard makes him look less like a superhero (or a president) and more like the Unabomber. Then there’s the recent scandal in which Trump was caught having displayed fake Time Magazine covers with his face on them at his golf properties. Finally, the timing is just bizarre.

If Donald Trump were a successful President, or if he’d had a good week, then the above silly picture could be seen as harmless, if rather stupid. But Trump just came off his most devastating week to date, and his presidency is now hanging on by the thinnest of threads. In that regard, Donald Trump Jr comes across as an eight year old who obviously can’t figure out why everyone thinks his father is a villain. In that sense, no wonder Junior obtusely botched his Russia meeting in a manner which is helping to dismantle his father’s illegitimate presidency.