It would be an understatement to say that Donald Trump Jr hasn’t been doing particularly well in the roughly ten days since he was forced to admit to Congress that his father’s confidante Hope Hicks knew about his Russia meeting all along. Now that Junior has essentially incriminated his father, he’s begun behaving more strangely by the day. Yesterday he posted a photo of himself holding a giant cookie with Obama’s face on it, and no one on either side can figure out why. Now he’s trying to top himself.

We’re still not sure why Junior decided this was funny, because it’s so creepy that even Ted Cruz looked uncomfortable standing next to him: 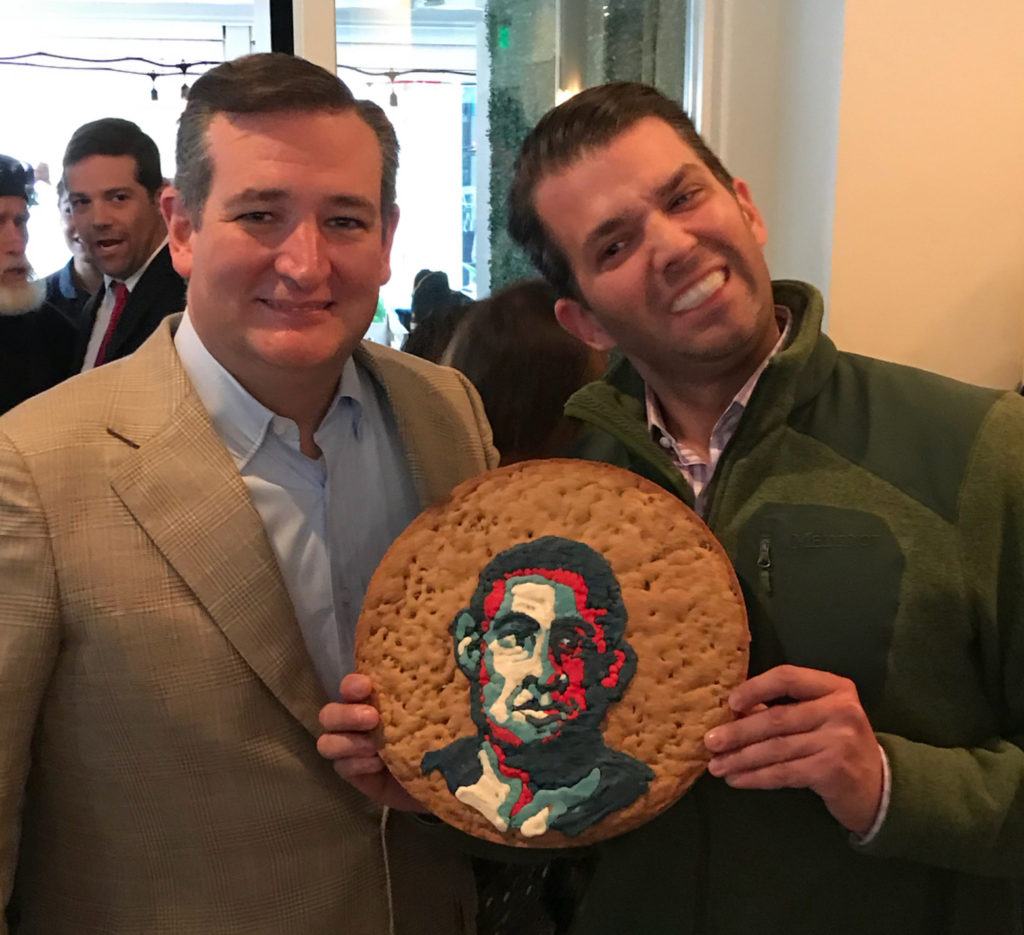 But as it turns out, that giant Obama cookie (which he inexplicably described as being a “cake” in the caption) may be the least of his problems. Donald Trump Jr recently liked an article on Twitter which insisted that child molestation is “not a crime.” He’s launching vicious attacks at everyone from members of Congress to SNL cast member Pete Davidson. He quoted an article about “freshmen” and captioned it “freshit” for no apparent reason. And again, we can’t stress this enough: he posted a photo of himself holding a giant Obama cookie, and literally no one has any idea what he’s trying to get across. So what’s the deal?

The most logical conclusion is that Donald Trump Jr is simply melting under the pressure. He made the decision to incriminate his father in the Trump-Russia scandal, rather than lying under oath and risking getting arrested himself. Now he can’t seem to figure out how to function. His tweets are increasingly incoherent at best, and increasingly disturbing at worst. What’s going to happen to his mindset and behavior as the Trump-Russia scandal gets even worse for him and his father?

www.palmerreport.com
588
SHARES
Facebook ShareTwitter ShareEmail this articlePrint Article
LinkedinGoogleWhatsappPinterestRedditStumbleuponBufferTumblrPocketLine
← Mike Pence cancels major trip as Trump-Russia scandal closes in on himDonald Trump is in even worse shape than we thought →
Leave a Comment