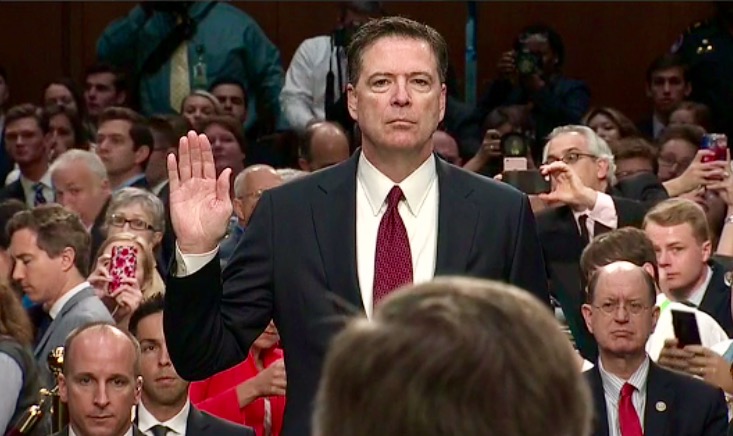 During the course of former FBI Director James Comey’s written testimony released yesterday and his live testimony taking place today, he’s now stated twice that he didn’t share certain details with Attorney General Jeff Sessions early on because he expected Sessions would end up recusing himself. When asked why, he stated that he couldn’t answer in an open hearing because some of it is classified.

This sets up a remarkable new premise in which not only does Comey think Sessions is going down in this scandal, he’s known from the start that Sessions was going down. Moreover, this goes beyond the mere fact that Sessions lied under oath about his meetings with Russian Ambassador Sergey Kislyak, as there are also classified reasons for why Comey knew Sessions would have to recuse himself – which ostensibly still must remain secret because they’re still being investigated.

It’s also notable that Comey and his team believed Sessions would recuse himself early on, suggesting that the evidence of his wrongdoing was so overwhelming that it wouldn’t take long to begin surfacing.

Further, this strongly points to Special Counsel Robert Mueller investigating Jeff Sessions as part of his Trump-Russia probe, as has already been suggested over the past week in the media.