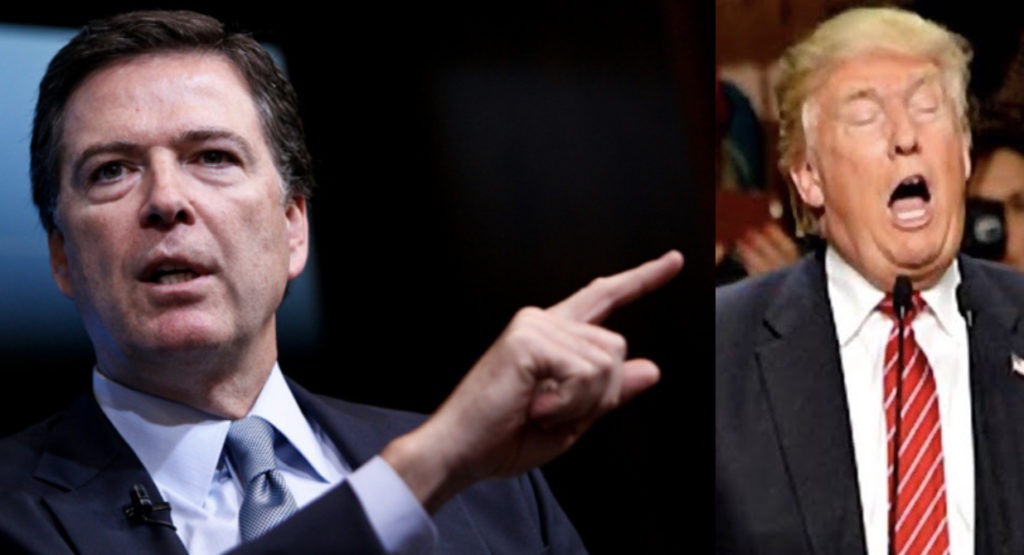 Former FBI Director James Comey’s public testimony tomorrow will be a series of bombshells right from his opening statement, and we know this because his opening statement has already been posted in advance on the Senate website. Comey details numerous instances in which Donald Trump tried to obstruct justice, confirming every claim you’ve heard. But it turns out Trump once called up Comey and delivered one of the most awkward of denials possible.

Comey’s official opening statement, which is seven full pages long, includes the following paragraph which reads like a rejected script from a darkly humorous sitcom:

On the morning of March 30, the President called me at the FBI. He described the Russia investigation as “a cloud” that was impairing his ability to act on behalf of the country. He said he had nothing to do with Russia, had not been involved with hookers in Russia, and had always assumed he was being recorded when in Russia. He asked what we could do to “lift the cloud.” I responded that we were investigating the matter as quickly as we could, and that there would be great benefit, if we didn’t find anything, to our having done the work well. He agreed, but then re-emphasized the problems this was causing him.

This means that one day out of the blue, Trump called up Comey on the phone to insist that he wasn’t involved with involved with hookers in Russia. And these are Comey’s own words. It reveals a new level of bizarreness to an already surreal Trump-Russia scandal.

This also serves to demonstrate just how thoroughly Trump was attempting to influence Comey’s decision making at the FBI, part of a larger pattern which also included demanding “loyalty” and asking that Michael Flynn be let off the hook. You can read Comey’s full opening statement here). Follow Palmer Report on Facebook and Twitter.