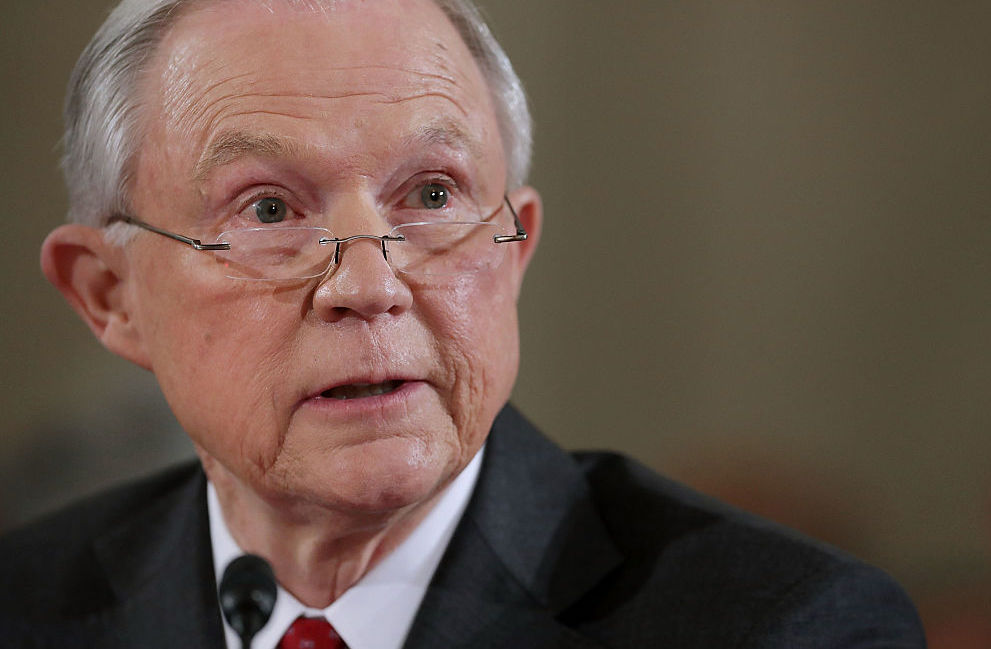 Over the past ten days, Donald Trump’s Russia scandal has exploded into a spectacle involving high profile arrests, guilty pleas, confessions, and Trump’s own people panicking and pointing the finger at each other. In the midst of this chaos and a collapsing Trump presidency, it turns out Attorney General Jeff Sessions – one of the central figures in the scandal – is about to publicly testify about the scandal.

Jeff Sessions suddenly finds himself at the center of controversy in the Trump-Russia scandal. Trump campaign adviser George Papadopoulos stated in his formal confession that he notified Sessions in advance of his plot to conspire with the Russian government to alter the outcome of the election. This directly contradicts Sessions’ sworn testimony in January, in which he insisted that he had no knowledge of any Trump campaign contacts with Russia. It’s since been revealed that Sessions had several secret meetings of his own with the Russian Ambassador during the election.

Because various congressional committees have oversight over the Department of Justice, they call on Sessions to testify in hearings from time to time. As it turns out, Sessions is now being brought in to testify in public House Judiciary Committee hearings next Tuesday, according to a Reuters report (link). Notably, this was not originally on the committee’s publicly available schedule, thus suggesting that the Democrats on the committee may have found a way to force this to happen in light of recent Trump-Russia events.

In any case, it’s a given that the Democrats on the committee will use their allotted time to grill Jeff Sessions about the latest explosive revelations in the Trump-Russia scandal. The public will be able to watch the open hearings on C-SPAN, cable news, and the committee’s website. Also notable: Special Counsel Robert Mueller will surely be tuning in to see what he can glean from Sessions’ latest bumbling and stumbling testimony.

← Trump-Russia scandal: several new indictments emerge from Robert Mueller’s favorite courtAfter his overseas trip, there may be nothing left for Donald Trump to come back to →
Leave a Comment