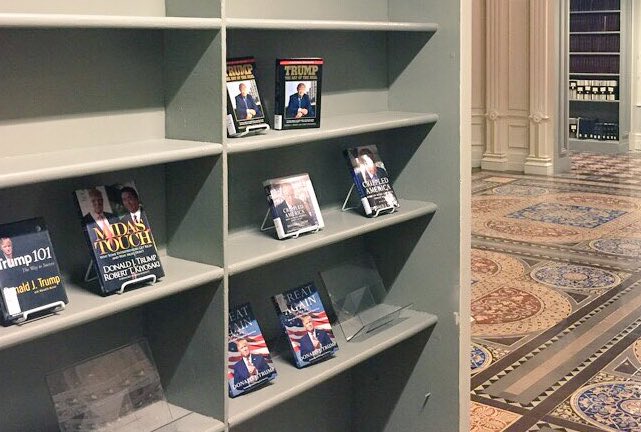 This sounds like something a sarcastic comedian might have predicted, but it’s been confirmed and there’s even photographic evidence: there’s something in Washington DC called the “Old State Department Library” because it’s in the Eisenhower Executive Office Building, which long ago used to house the State Department. That library is really just a bookshelf at the front door, and it’s the first thing visitors see. It currently consists of nothing beyond a collection of Donald Trump books. No, really.

Here’s a frightening photo posted on Twitter today by MSNBC host Chris Hayes, who says it was sent to him by a contact: 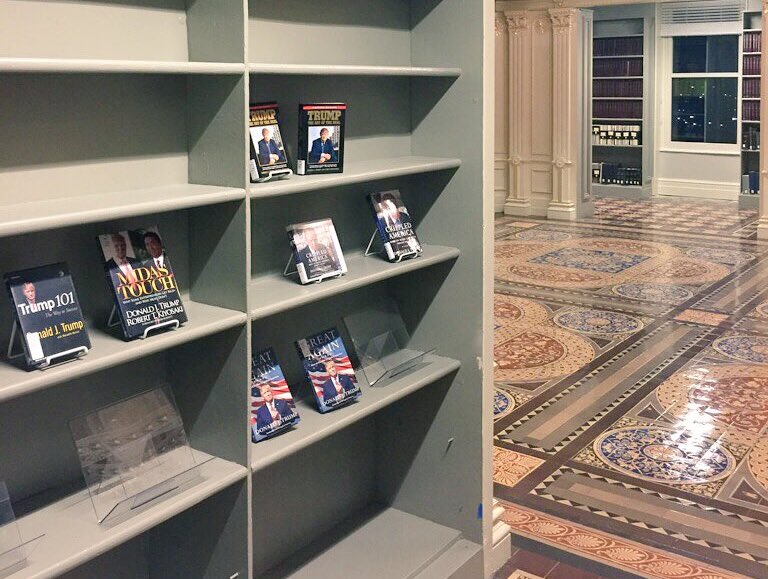 Again, this is really happening. Look closely and you can see that every one of these books is about Donald Trump and by Donald Trump. Well, none of them were written by him; we all know he uses ghostwriters for that. It’s not known whether Trump himself made this happen or if the EEOB did it to try to curry favor from the new authoritarian White House occupant, but it should scare the hell out of you.