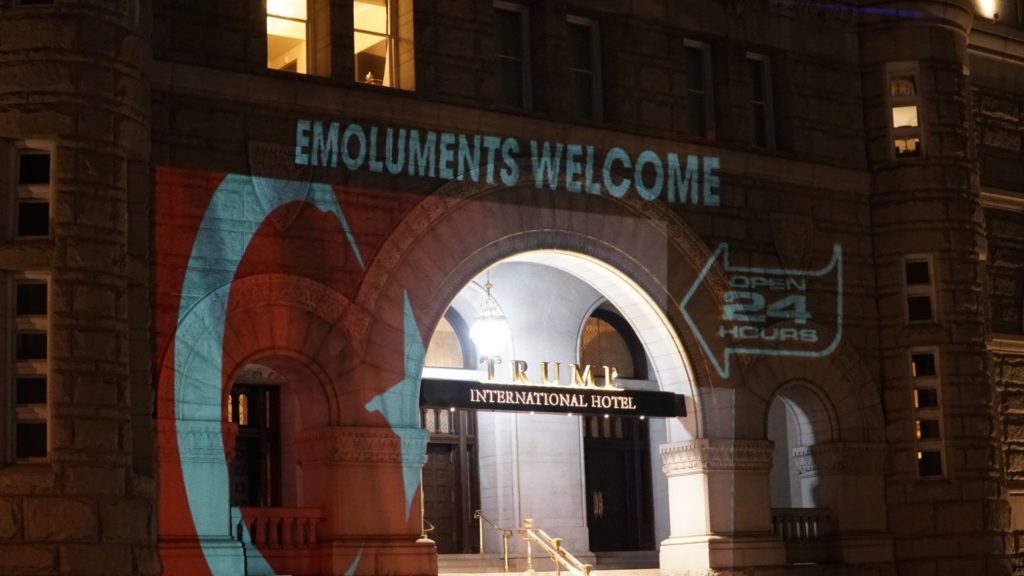 In the months since Donald Trump was named the winner of the presidential election, protesters have targeted him and his brands and properties in a number of novel ways. This evening, protesters have taken things to a new level by using lighting equipment to project hilarious messages over the main entrance to Trump’s hotel in Washington, DC.

Bell Visuals is publicly taking credit for having projected the message “Emoluments Welcome” above the entrance to Trump International Hotel, which is just blocks from the White House. Robin Bell, the founder of the company, revealed in a tweet (link) that this was his handiwork: 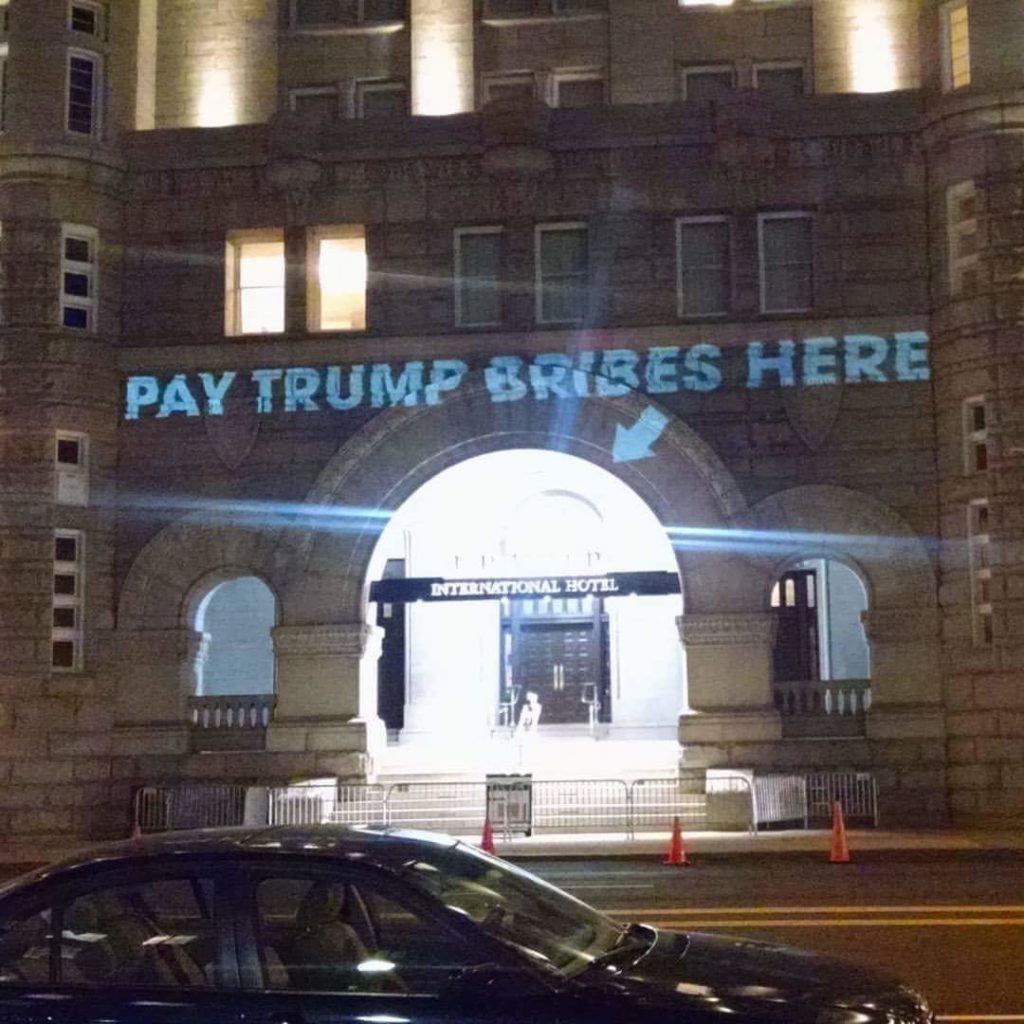 There have long been widespread reports of various foreign government representatives staying at Trump International Hotel in order to put money into Donald Trump’s pocket in the hope of gaining political favor from him. This is an explicit violation of the Emoluments Clause of the Constitution, but the Republican majority in Congress refuses to impeach him for it.

www.palmerreport.com
4426
SHARES
Facebook ShareTwitter ShareEmail this articlePrint Article
LinkedinGoogleWhatsappPinterestRedditStumbleuponBufferTumblrPocketLine
← H.R. McMaster may have legally had no choice but to lie for Donald Trump about Russia intel storyBased on Donald Trump’s own words, I think he’s been giving classified info to Russia since March →
Leave a Comment