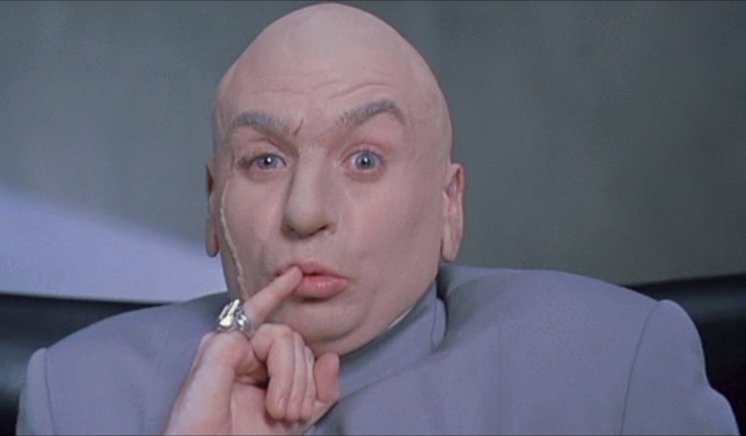 United States Congressman Ted Lieu has made clear that he doesn’t think much of the job that Donald Trump has been doing. He’s pasted a sign on his office door at the House of Representatives declaring that it’s an “alternative facts free zone.” He’s asserted that the Trump administration simply “makes shit up.” And after Trump’s White House Chief Strategist Steve Bannon controversially said in a New York Times interview today that the media should “keep its mouth shut,” Congressman Lieu ripped into both Trump and Bannon in sarcastic fashion – giving Bannon a derisive new nickname in the process.

Lieu, speaking sarcastically as if he were Russian president Vladimir Putin, tweeted the following in response to Steve Bannon’s controversial remark: 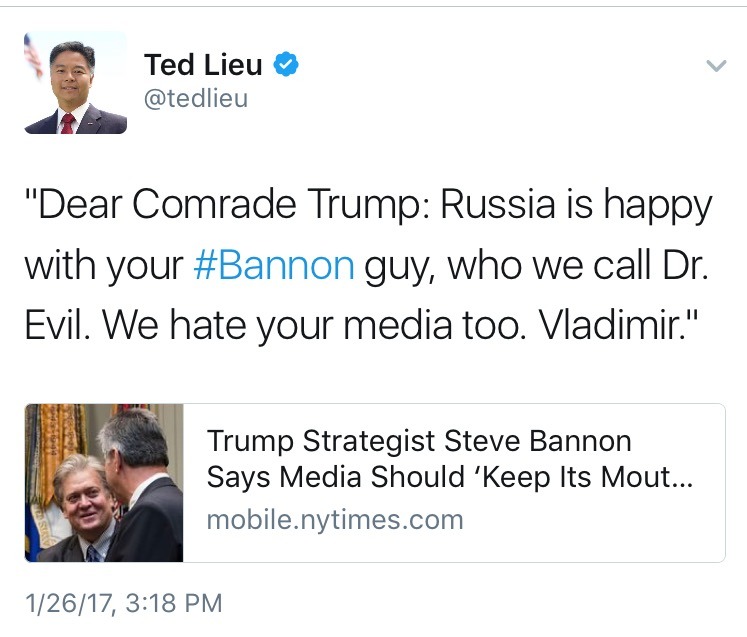 So there you have it: Steve Bannon is Dr. Evil.