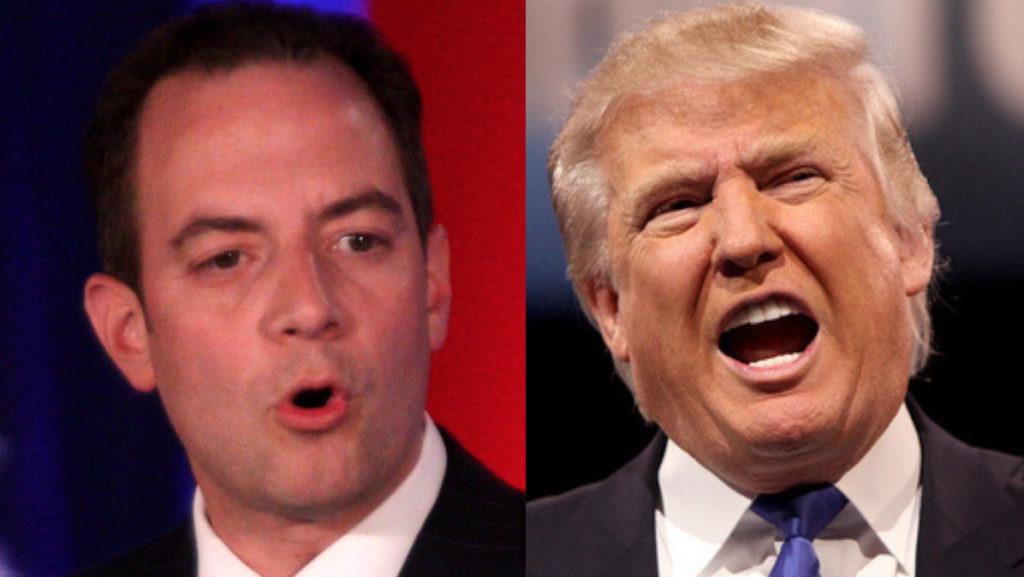 With each passing day, the number of people who attended Donald Trump Jr.’s meeting with Russian government representatives grows. First it was four. Then it was six. Now it’s eight, with the eighth and final person being identified only as a male and a U.S. citizen. But one may not have to look very far to find that individual’s identity: Reince Priebus, who is confirmed to have been in the building.

On the morning of the meeting in question, which is confirmed to have taken place at Trump Tower, an Associated Press reporter named Jonathan Lemire tweeted that he had just seen Reince Priebus walking into the building (link). This isn’t proof that Priebus was in the boardroom for the meeting, but it in confirmation that he was in Trump Tower for the meeting. There was no other reason for him to have shown up there. There was a RNC fundraiser in New York that day, but it was at a different building.

CNN is reporting tonight that Donald Trump Jr.’s attorney has coughed up some details about the eighth person at the meeting, insisting that the person was a “U.S. citizen” and was “not employed by the Russian government” while referring to the individual as having been a man (link). Junior’s attorney was attempting to make things sound more innocent by confirming that the eighth person wasn’t yet another Russian government representative. But instead, he ended up offering a description that just happens to fit Reince Priebus.

It’s important to note that during the time of this meeting, Priebus was still the Chair of the Republican National Committee, and he wasn’t working for the Donald Trump campaign in any way shape or form. So if he was in the meeting, it means the titular head of the Republican Party was officially in on the plot to conspire with the Russian government to rig the election on Donald Trump’s behalf. Look for proof soon that Priebus was not only in Trump Tower for the meeting, but physically in the meeting as well.