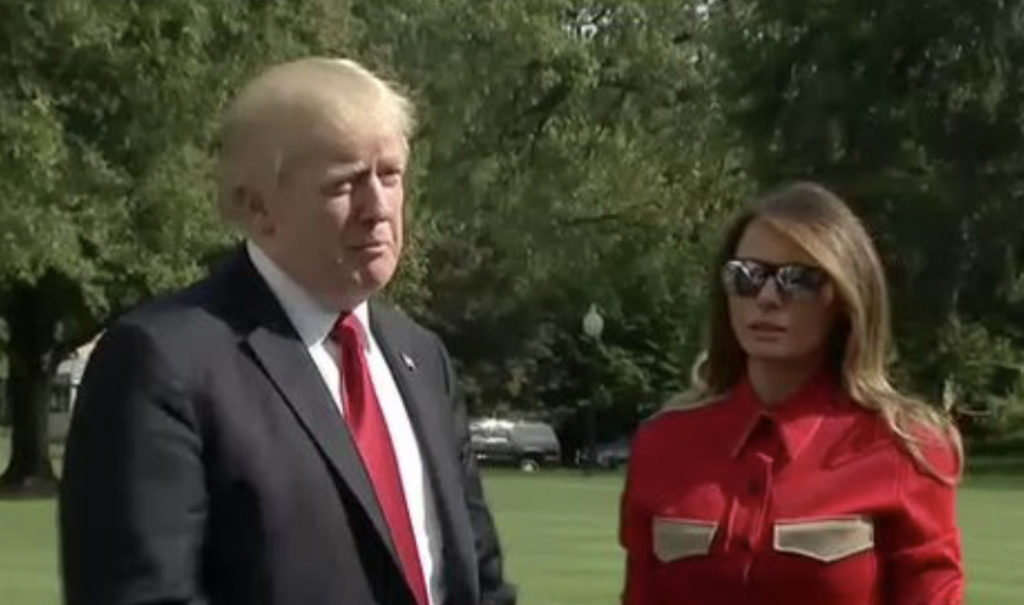 Seemingly aware of the significance of Hurricane Irma, even if he has no idea what to say or do about it, Donald Trump has spent the past few days trying to act presidential. The trouble for him: it’s only served to expose just how thoroughly unprepared and unqualified he is for these kinds of moments. His latest “big monster” comment served to underline that fact, and let’s just say it didn’t go over well.

Late on Saturday night, Trump bizarrely said “Here comes Irma” in a tweet, and the reaction online was swift and negative. So he tried again. While speaking before the cameras, Trump said “The bad news is this is some big monster” in reference to the hurricane while standing next to his wife. This is him trying to be presidential. The criticism came flying back at him in fast and furious fashion.

MSNBC host Joy-Ann Reid responded by quoting Trump’s “some big monster” remark and adding “This person is president of the United States. This one right here.” Laura Jackson chided Trump for his “grade school vocabulary.” Ronda Lee chimed in sarcastically: “He has such good words……when he reiterates he uses the exact same words. Why waste time thinking, if you don’t have to. Smart!” Another commenter named Natalie went for the obvious: “One monster…speaking about another!”

"The bad news is this is some big monster. I think we're very well coordinated," Pres. Trump says of Hurricane Irma response. pic.twitter.com/L0TFXefbuJ

Maddy O’Brien asked Trump a pertinent question: “Can you even spell ‘coordinated’?” Another respondent posed a serious question after Trump asserted that the response to Irma was being coordinated well: “How are they ‘well coordinated’ when they left massive construction cranes erect Instead of taking them away from buildings?” Sarah Holmes called it like it is: “my 6 year old could do better than ‘monster.'” Elizabeth Pucci brought things back to a serious if sarcastic note: “I am sure the people of Florida feel much better now.” Some on Twitter expressed confusion as to why Melania Trump was dressed up as a race car driver. Contribute to Palmer Report