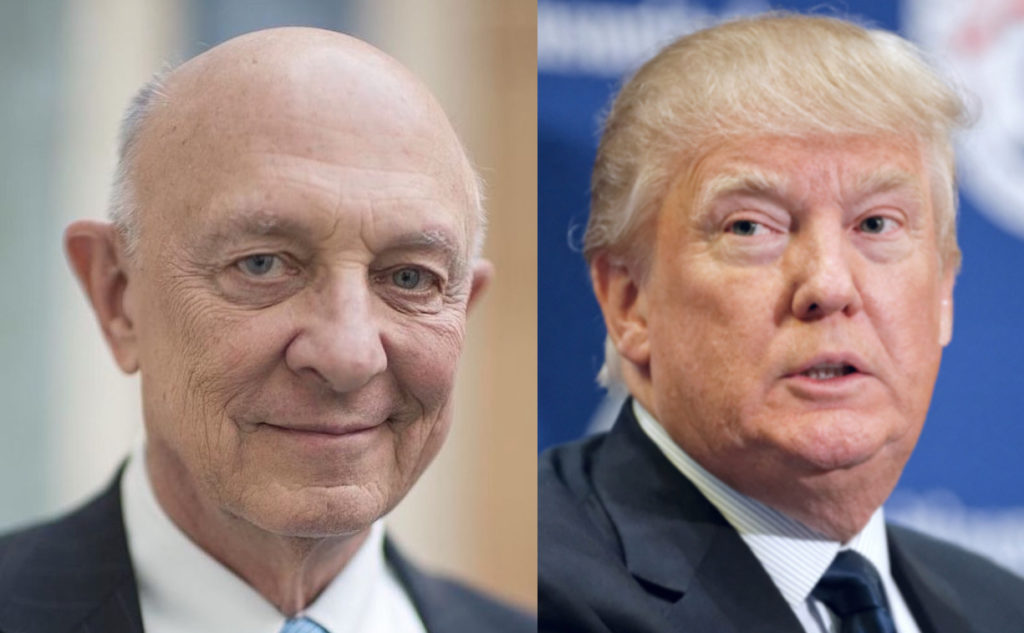 About a month ago, former CIA Director James Woolsey confirmed to the media that he’s been fully cooperating with Special Counsel Robert Mueller in the investigation into Michael Flynn’s alleged kidnapping plot with the government of Turkey. Now it’s being reported that Woolsey spoke extensively with Donald Trump this weekend at Mar-a-Lago. Wait, what? There are only two possible explanations here, and they’re both remarkably odd.

The first scenario would be that Woolsey recklessly decided to meet with Donald Trump in order to help sabotage the investigation, knowing that Mueller would find out, and knowing that he might be risking obstruction of justice charges in the process. Trump does tend to have a corrupting influence on those around him, but we’ve already seen that Woolsey is immune to it. When he first overheard the Flynn kidnapping plot, he immediately reported it to then-Vice President Joe Biden. Why? Woolsey didn’t want to risk committing a felony by failing to report a felony.

So unless Woolsey has suddenly gone uncharacteristically off the deep end, we’re looking at the only other possible scenario: Trump invited Woolsey to Mar-a-Lago in the hope of winning him over, Woolsey informed Mueller, and Mueller told him to go for strategic reasons. In such case Woolsey likely would have been wearing a wire, or using some other method of collecting evidence. This would mean that Trump and his legal team are incredibly stupid, considering that Woolsey already announced to the world that he’s working with Mueller.

And yet that second scenario is the only plausible explanation. Donald Trump decided to try to glad-hand James Woolsey into helping him on the Michael Flynn thing, and Woolsey and Robert Mueller used it as an opportunity to nail Trump even further for obstruction of justice. Is Trump truly that arrogant to have tried such a stupid thing? Are his lawyers really that inept to let it happen? Yes, come to think of it.