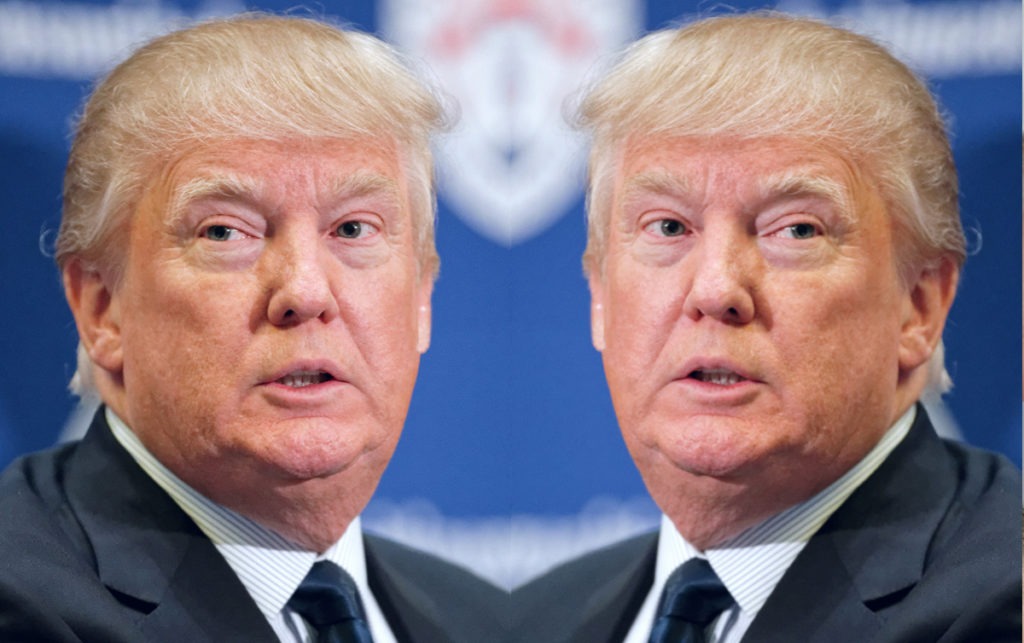 As part of a larger New York State Attorney General probe into Exxon-Mobil, it’s been revealed this week that the company’s former CEO Rex Tillerson spent time masquerading on the job under the fake identity “Wayne Tracker.” Tillerson has since moved on to become Donald Trump’s Secretary of State. As I was attempting to evaluate how much perceptual damage this incident might cause the Trump administration, two names came to mind: John Miller and John Barron.

Those are, of course, two of the fake identities that Donald Trump himself has invoked over the years while pretending to be his own publicist. He would call up reporters and use a fake voice and a fake name while bragging about himself in the third person, and he seemed to believe he was getting away with it, even as reporters were just playing along to see if he said anything unintentionally useful. And now it turns out Trump has hired the kind of guy in Rex Tillerson who has pulled the same kind of weird double-life crap. How deep does this run within his administration?

As far as we know, Trump’s National Security Adviser Michael Flynn wasn’t using a fake name – but he admitted this week that he’d been essentially living a double life as an American political figure and a secret paid agent of a foreign government. Trump and Russian operative Carter Page still can’t get their story straight about whether he was a campaign adviser. Trump’s White House Chief Strategist Steve Bannon was exposed this week as having falsified his residency in Florida, pretending to live in a house whose bathtub was destroyed by acid. Who are these frauds?

To be fair, this kind of nonsense isn’t limited strictly to the Trump administration. For instance Anthony Weiner, a Democrat, once used the ridiculous name “Carlos Danger” during a sex scandal. Football player Michael Vick went by the alias “Ron Mexico.” Public figures sometimes do weird things with their identities. But this kind of behavior seems to be consistently endemic to Donald Trump and the kind of people he surrounds himself with. And it leads to a lack of accountability from the top down. Secretary of State Wayne Tracker can’t get in trouble for this, because his boss is President John Miller. Or is it John Barron? Contribute to Palmer Report