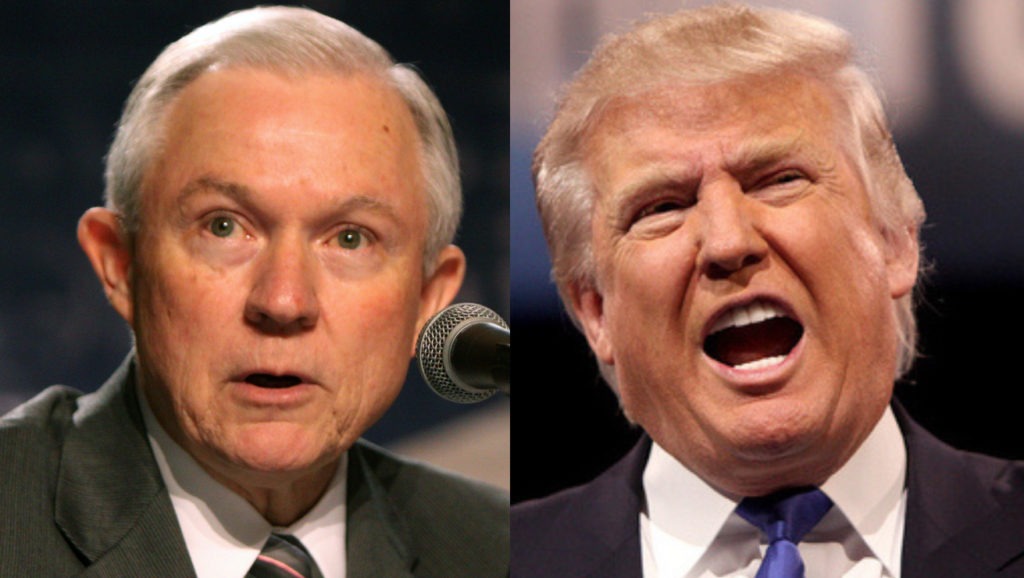 Two days ago, an ethics watchdog group formally asked U.S. Attorney Preet Bharara to launch an investigation into Donald Trump’s financial ties, which are in clear violation of the Emoluments Clause of the Constitution. Today, in what it highly unlikely to be a coincidence, Attorney General has asked Preet Bharara to resign. In fact Sessions is now pushing out dozens of Bharara’s colleagues in a seeming attempt at ensuring no one is left to investigate Trump.

The political watchdog group Citizens for Ethics and Responsibility in Washington sent a letter to Preet Bharara on Wednesday, which was reported at the time by NPR. Bharara was appointed by President Barack Obama. And now, according to a report from the LA Times today, Jeff Sessions is asking for all forty-six U.S. Attorneys appointed by Obama to immediately resign.

This is a staggering break from protocol, as new presidents have generally handled these things in a staggered manner to ensure that enough U.S. Attorneys remain on the job at any given time. The timing is also highly suspicious. Jeff Sessions was confirmed as Attorney General more than a month ago, yet he saw no urgency in pushing out holdover U.S. Attorneys until one of them was asked to investigate his boss Trump – and now Sessions suddenly wants them all gone.

This stands out as even more suspect in light of the Donald Trump administration’s inability to staff up the federal government with its own people on any level. Hundreds of key federal government positions are sitting vacant because Trump hasn’t nominated anyone to fill them. He’s filled virtually none of the U.S. Ambassador positions. And the State Department in particular has no current leadership team in place at all.

And yet Jeff Sessions woke up today and suddenly decided to simultaneously create forty-six new high level vacancies within his DOJ that he’ll have great difficulty filling. If he tries to argue that he didn’t make the brash and reckless move as a last ditch effort at protecting Donald Trump’s increasingly obvious financial violations of the Constitution, he’ll look foolish doing so. Contribute to Palmer Report