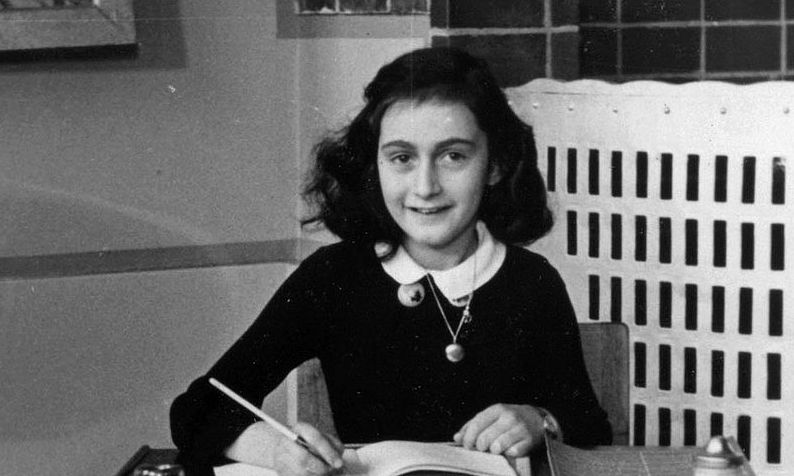 I don’t like devoting any of my editorial time to picking apart the faulty reporting of other news outlets, unless that faulty reporting is so malicious and harmful that it becomes newsworthy in and of itself. Unfortunately that’s precisely the case with a new article today from The Atlantic, which inexplicably bends over backward to try to falsely paint the Anne Frank Center as a fraud.

The Anne Frank Center has been vocally critical of the antisemitic sentiments that have recently come out of Donald Trump’s White House, having particularly led the way in pushing back against Sean Spicer’s recent ignorant remarks about the Holocaust. So how is the Atlantic rewarding the Anne Frank Center for its righteous efforts? By attacking it. The Atlantic seems to think it’s nothing short of scandalous that the Anne Frank Center only has “about nine staffers” (link). And why is that supposed to be illegitimate? How many staffers is a nonprofit supposed to have in order to be considered legitimate? And why is The Atlantic doing such shoddy research that it can’t even get a firm headcount on roughly nine people? Does it also think there are “about nine people” on the Supreme Court?

The Atlantic also randomly asserts that the Anne Frank Center must be illegitimate because it’s not connected to two other Anne Frank groups in Europe. Why would it be? Is there some edict that groups dedicated to Anne Frank on different continents must be under the same umbrella? Although there is some disagreement as to whether or not Otto Frank ever gave his blessing for the Anne Frank Center, this hit piece from The Atlantic doesn’t offer anything particularly scandalous; instead settling for trying to sound ominous. It’s simply an attempt at scoring cheap page views by taking an entity that’s recently been featured positively in the news, and casting random detail about that entity in a misleadingly negative light. And it’s far from the first time The Atlantic has done this sort of thing.

Back in February, when Palmer Report first began garnering some level of mainstream respect, The Atlantic published a scathing article attacking me. The hit piece on me included no negative information, instead opting to simply refer to Palmer Report as “fake news” over and over in the hope the label would stick (it didn’t). It was a cheap attempt by The Atlantic at scoring cheap and easy page views by controversially attacking someone who had recently been getting praise elsewhere. And it’s precisely what The Atlantic is trying to do to the Anne Frank Center today. It’s clear The Atlantic has been hurting for page views, or it wouldn’t be stooping to this kind of clickbait. But you’d think it could at least refrain from writing dishonest attacks on a nonprofit group that honors a Holocaust victim.