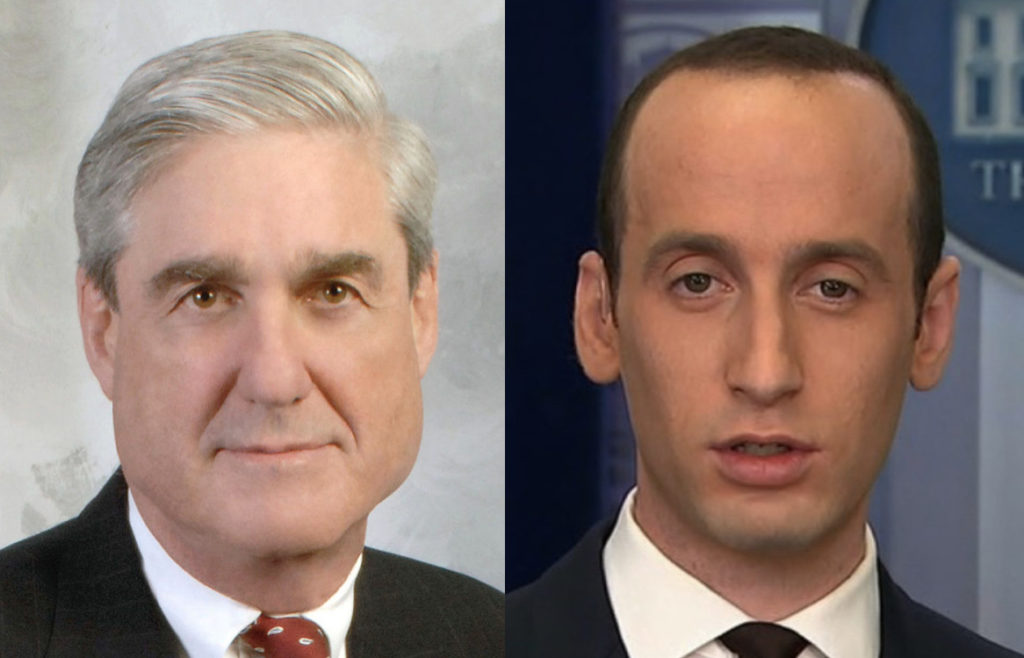 To the public at large, Stephen Miller is best known as the Donald Trump adviser with the big forehead who periodically steps forward to say racist things before receding back into his shadowy life as a human goblin. Within the context of the Trump-Russia scandal, Miller is the guy who had the bad luck to draw the short straw – and now he’s suddenly in deep trouble no matter how he’s decided to handle things behind the scenes.

As far as the media and the public are aware, Stephen Miller is the only current Trump White House senior adviser who has been interviewed by Special Counsel Robert Mueller. It’s a bad sign in general when the prosecutor decides to single you out first, because it means the prosector thinks he has something on you that can force you to quickly cut a deal and cooperate. That “something” is likely the confession from Trump campaign adviser George Papadopoulos, who named Miller among those he kept informed of his own efforts to conspire with the Russian government. But it just got much, much worse than that for Miller.

Over the holiday weekend, former Trump National Security Adviser Michael Flynn decided to negotiate a plea deal with Robert Mueller. This makes things difficult for any White House adviser who is interviewed by Mueller going forward, because if they lie or omit anything, they know Flynn’s testimony will trip them up, and they could be charged with lying to a federal agent or obstruction of justice. But at least they’ll go into their interviews knowing that Flynn is ratting them all out.

Then there’s Stephen Miller, who had the misfortune to be interviewed by Robert Mueller before learning that Michael Flynn was going to flip. If Miller lied to Mueller or left out anything important, and Flynn’s confession exposes it, he’s screwed. If Miller was fully honest in his testimony, it might leave him in the clear legally. But in such case he’ll have helped to take Donald Trump down, meaning that his own White House job will vanish when Trump is ousted. This will be a familiar no-win pattern going forward for Trump’s people. Miller just had the bad luck to draw the short straw first.