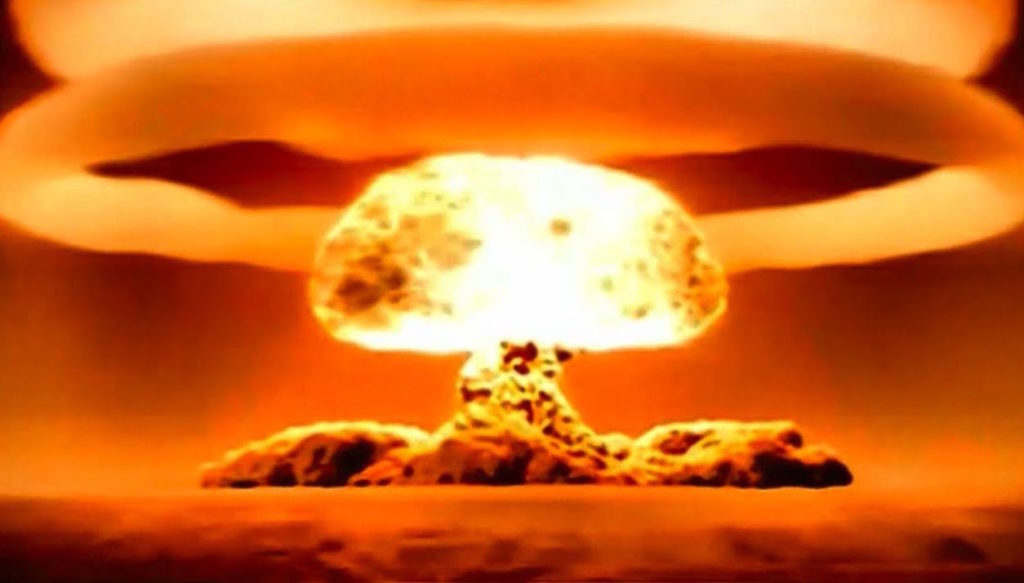 The odds that we’re all going to die in the next four years probably just went up again today. Donald Trump, just hours off a series of whiny tweets about electoral votes and photos of himself that he didn’t like, decided to top himself on Monday night. For the second time in two weeks, Trump launched into a Twitter rant about nuclear weapons, this time involving one enemy, along with one ally he seems to be trying to turn into an enemy. In all seriousness, it may be time to build your nuclear fallout shelters.

For reasons known only to him, while everyone else was watching college football bowl games, Donald Trump decided that Monday night was a good time to begin tweeting about nuclear weapons. His first tweet read: “North Korea just stated that it is in the final stages of developing a nuclear weapon capable of reaching parts of the U.S. It won’t happen!” That’s not even close to begin accurate, and if he were bothering to attend his intelligence briefings, he’d know that.

But not content to merely tweet recklessly about nuclear war, Trump decided to drag a powerful economic ally of the United States in the fray. His second tweet read “China has been taking out massive amounts of money & wealth from the U.S. in totally one-sided trade, but won’t help with North Korea. Nice!” If Trump understood anything about foreign policy, he’d know that China has no intention of ever allowing North Korea to become nuclear-capable. But what is he even asking for here?

Does he want China to take out North Korea’s primitive and ever-failing nuclear program? Does he want China to take out Kim Jong-Un entirely? Even if China were in a mood to be ordered around by a dimwitted U.S. President with a Twitter account, which it surely isn’t, he might want to be more careful about what he’s actually asking China to do. Particularly considering he’s talking about nuclear weapons.