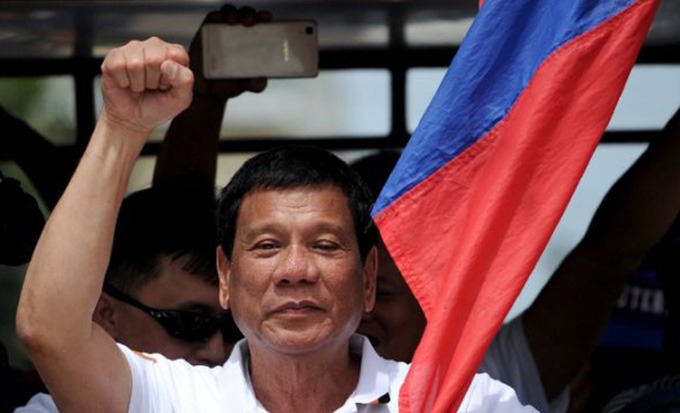 Donald Trump has clashed with the respected leaders of numerous American allies, but he seems to get along just fine with the notoriously corrupt and criminal leaders of other nations. But as much praise as Trump has already heaped Philippines President Rodrigo Duterte, a mass murderer, it turns out Trump has said even nicer things to him in private. We know this, because someone leaked the transcript of their phone conversation.

When Trump called Duterte on May 2nd of this year, the Philippines made a transcript of the conversation. And now, three weeks later, someone has leaked that transcript to the Washington Post (link). Some of the exchanges come off as nothing short of two madmen kissing up to each other.

For instance Donald Trump said to Duterte, “what a great job you are doing and I just wanted to call and tell you that,” in reference to Duterte’s decision to allow his own people to murder anyone in the country whom they personally suspect of being a drug dealer. It’s led to the kind of utter lawlessness that any normal U.S. President would be thinking about ways to intervene on humanitarian grounds. But instead, Trump is praising Duterte for being a mass murderer.

← As the Trump-Russia scandal explodes, Donald Trump hires attorney with RICO experienceWhat if Michael Flynn has already flipped on Donald Trump, and this is all theater to rope in the others? →
Leave a Comment