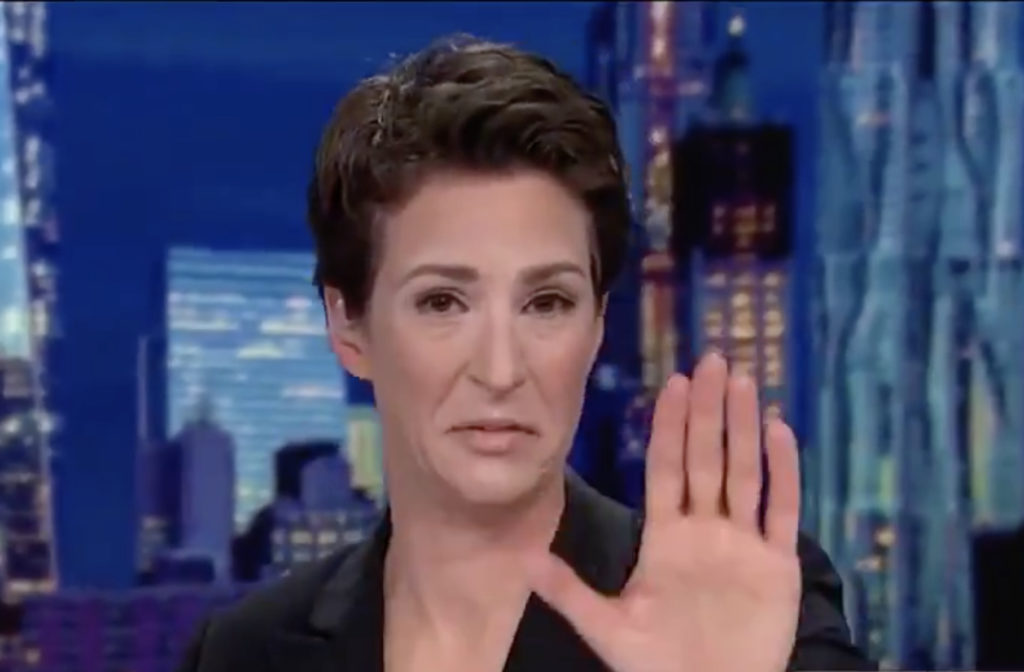 This evening, just as she was bringing her 9pm nightly MSNBC show to a close, Rachel Maddow was handed a breaking story about infants facing abhorrent conditions in Donald Trump’s camps. As she began reading the story aloud, she quickly broke down in tears. Unable to get through it, and in the final minute of her show anyway, she simply handed off the story to 10pm host Lawrence O’Donnell. Here’s the thing that stands out.

Rachel Maddow is the smartest and most incisive political analyst on television. She’s the one I try to tune in for, even if I don’t have time to watch anyone else on TV. Rachel also generally gets excited about political intrigue. If a story breaks that exposes good old fashioned political corruption, she often seems to enjoy picking those corrupt people apart.

This is, of course, not a knock on her at all. It’s merely an observation. We all know Rachel Maddow has plenty of heart and soul. But she’s always seemed like the one who isn’t worn down by this. Her on-air moment last night was a reminder of just how messed-up things are right now in this country. Bad news happens all the time, and we’ve seen Rachel have to deliver tragic breaking news before. But America is now holding kids in concentration camps, for God’s sake. It isn’t just that children are being abused and tortured, it’s that our “President” is the one doing it.

Rachel Maddow was speaking for us all, and crying for us all, tonight. Every halfway decent human being in this country is horrified at what this monster Donald Trump is now doing in our name. America is at its breaking point. How do we stop a maniacal and bloodthirsty despot with Hitler-like ambitions, when he’s currently occupying the White House? We’ll defeat him, but it’ll take everything we have as a nation. If it’s getting to you, that’s okay, because it’s even getting to the strong ones like Maddow.

www.palmerreport.com
3969
SHARES
Facebook ShareTwitter ShareEmail this articlePrint Article
LinkedinGoogleWhatsappPinterestRedditStumbleuponBufferTumblrPocketLine
← Donald Trump goes on rant after protesters confront Kirstjen Nielsen at her dinner table in a restaurantSorry, Donald Trump, the United States does not negotiate with terrorists →
Leave a Comment