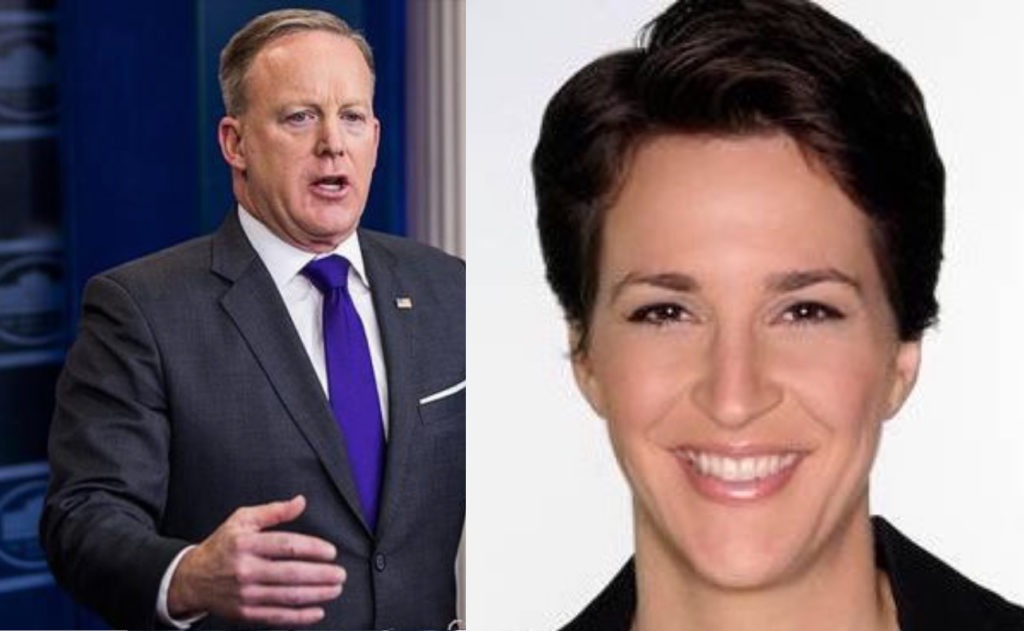 Here’s the thing about White House Press Secretary Sean Spicer. He has literally one job duty, which is to communicate with the public, and he’s consistently terrible at it. It’s why I’ve made fun of his various gaffes at the podium and on Twitter. They’re not the understandable rare exception; they’re the absurd norm for him. But Spicer went so repulsively off the rails today that his job may actually be at risk now – thanks partially to a push by Rachel Maddow.

To be clear, if Sean Spicer gets fired, it’s purely the fault of Sean Spicer. It was one thing to botch the names of one world leader after another, or to accidentally keep tweeting his own password (link), or to leave his own private notes behind for reporters to see (link). But whatever possessed him today to try to partially defend Adolf Hitler in the name of making his case against Syria’s Bashar al-Assad (link), and whatever possessed him to minimize the horrors of Nazi concentration camps by referring to them as “Holocaust Centers,” he deserves to be fired – and he deserves any humiliation that helps march him toward the door. Cue Rachel Maddow tonight.

The media making isolated fun of Sean Spicer for saying stupid things is nothing new. But on her MSNBC show this evening, Maddow served up an extended montage of Spicer’s most awful moments over the past three months (no video link yet available). From the fictional world leaders he’s invented such as “Joe Trudeau” and “Malcolm Trumble” to the four or five different names he’s accidentally invented for Assad, the segment made abundantly clear that Spicer is utterly and consistently awful at his job.

Rachel Maddow’s segment was a devastating demonstration that while Spicer’s horrific performance today was his worst day yet, it wasn’t merely an isolated bad day for him. It wasn’t a competent employee in his worst moment. It was someone who is consistently and wildly incompetent, and shouldn’t have that job to begin with. Maddow served to crystallize today’s burgeoning anti-Spicer sentiment. And if Donald Trump does end up forcing Spicer to resign tomorrow just to bury this controversy, Maddow deserves the credit for having rightly finished him off. Contribute to Palmer Report

← FBI isn’t just outing Carter Page. It’s signaling to his Trump-Russia co-conspirators they’ve been had.Donald Trump may have just tipped off that Steve Bannon is a Trump-Russia conspirator →
Posting....
Scroll To Top