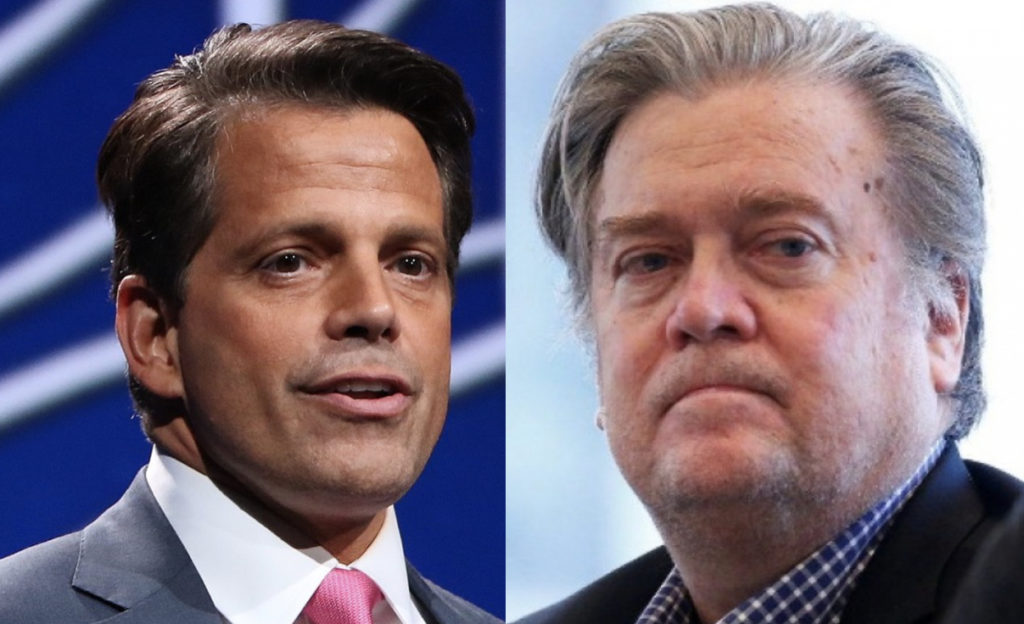 After Steve Bannon was fired today, some Palmer Report readers reminded me that two and a half weeks ago I predicted Bannon would be gone within three weeks. I’ve also been reminded that the day Anthony Scaramucci hit the scene, I correctly predicted he’d be gone in three weeks. And so now these same readers are asking me to look into my crystal ball and reveal who gets fired next and when.

At the risk disappointing anyone, I don’t have ESP. These last two firings were just gimmes. Steve Bannon was a goner when Trump gave John Kelly the green light to fire all of Bannon’s allies on the National Security Council. The Mooch was a goner when he revealed during his opening press conference that he craved more attention and credit from the media than Trump was ever going to allow. From here the next White House departures are a bit trickier to predict, but I can point you in the right direction.

The key is to start with Steve Bannon’s far-right nationalist/globalist/racist allies. Kelly wants them all gone because he sees them as destabilizing elements, and Trump now seems to be willing to let Kelly make these kinds of decisions. So that means Sebastian Gorka is likely a goner. The same can’t be said about Stephen Miller, despite being at least as much of a racist as Bannon or Gorka, because for some strange reason Miller still seems to be on the good side of Jared Kushner. And as we know, Kushner’s wife Ivanka is the only one who truly has influence over Donald. There are also some wildcards.

Kellyanne Conway has long been personally (if not ideologically) allied with Bannon. She’s been laying low of late, but it’s not clear if that’s been because of Bannon’s troubles, or because she’s been trying to avoid getting caught up in the Charlottesville controversy. Still, it’s difficult to imagine John Kelly seeing Kellyanne as troublesome enough one way or the other to demand her ouster. National Security Adviser H.R. McMaster seems to be safe for now, having won his weeks-long feud with Bannon. Trump has never liked McMaster, but considering how much trouble he’s had filling that position, it’s difficult to see him creating another vacancy.

Some people are just plain safe, period. Sarah Huckabee Sanders is there because it helps Trump keep the Mike Huckabee-aligned evangelical base in the fold, and she seems to cause no trouble internally. And despite all the white supremacist controversy that’s forever tainting their reputations, there’s no buzz of anyone in the cabinet resigning. Nor does Trump seem to care enough to bother firing any of them.

The sleeper pick to keep an eye on is John Kelly himself. He now has far too much power, which Donald Trump is never comfortable with. He’s taken away most of Trump’s favorite crazy toys. Trump is surely beginning to resent Kelly’s attempts at discipline. If Kelly fails to remain in the good graces of Ivanka and Jared, he could be in trouble before long. But for now the safe bet is that Sebastian Gorka will be gone in three weeks. Kelly wants him gone, Bannon isn’t there to stop it, and Trump just doesn’t care anymore. If you find Palmer Report valuable, make a donation.