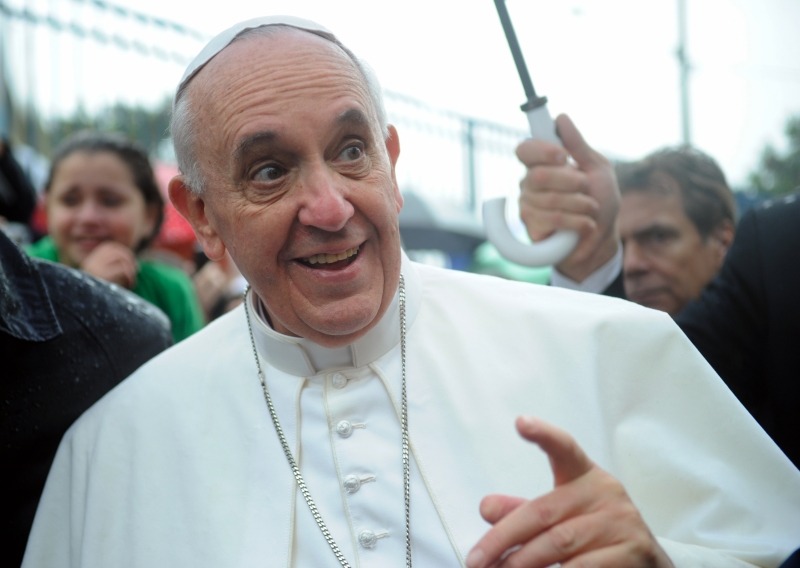 If you look at nearly any photograph of Pope Francis, you’ll find that he’s generally smiling and looking genuinely happy. But when Donald Trump paid the Pope a visit today, things went a bit differently. In fact the photo of Pope Francis posing with Donald Trump is so startling that it’s caused a fuss across social media. Here’s the photo that everyone is reacting to: 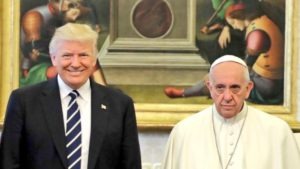 The look on the face of Pope Francis unmistakably says “I’ll pose with this jackass but I don’t have to like it.” But if you look at the full photo with Donald Trump’s family in it, it’s even more revealing: 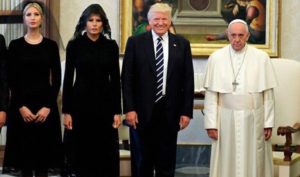