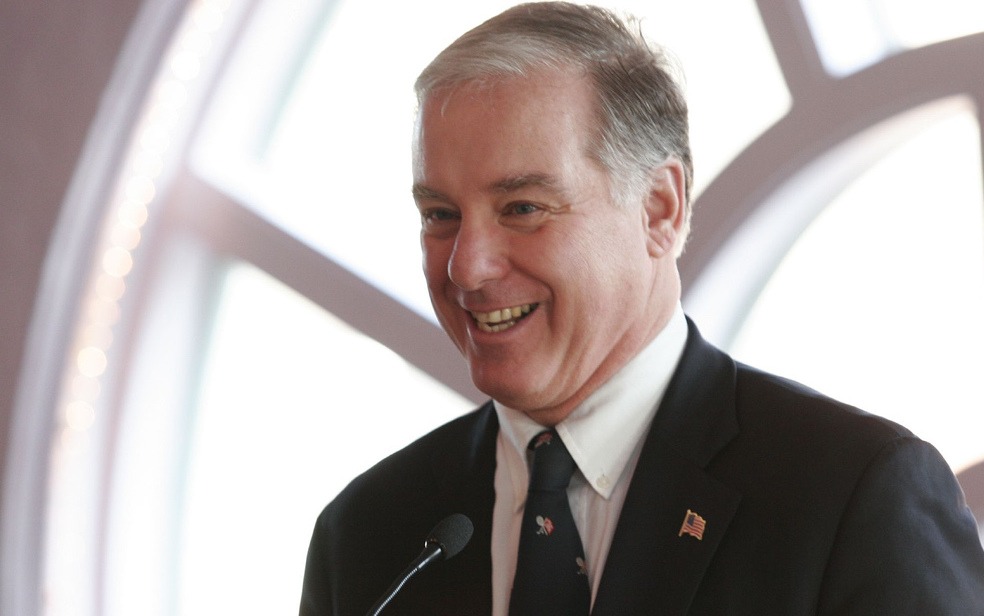 From its oppressive social policies aimed at controlling women, to its proud use of every demeaning term and tactic it can think to hurl at women, it’s long been clear that the American right is the defining champion of sexism. It’s as if the need to position women below men in the societal hierarchy is in woven into the DNA of conservatism. But former Governor Howard Dean, a longtime leftist champion of liberalism, is now asserting that the left has a “sexism problem” of its own – and he’s right.

Dean’s remark came after a Twitter user named Kara tweeted “Now that I’ve watched most of the Democrat men (and Bernie Sanders) bash Hillary post-election, I’m convinced the left has a sexism problem.” That prompted Governor Dean to reply in agreement: “The left has had a sexism problem as long as I can remember. Going back to the sixties.”

The exchange was triggered by the recent insistence by various male Democratic politicians that they could have won the 2016 election if they’d been the nominee, which amounts to an implicit suggestion that Hillary Clinton didn’t know what she was doing. This ignores the fact that Clinton actually won the popular vote by nearly three million votes, suggesting that she in fact got things right, and ignores the fact that insecure men ranging from Vladimir Putin to Julian Assange to James Comey were actively working to sabotage her. To suggest that she was somehow the problem is absurd, lazy, and considering the circumstances, unnervingly sexist.

As a liberal myself, this shit drives me nuts. When you use gender slurs or sexist parameters to attack one woman, you’re knocking all women down a peg in the process. But it’s in addition to being unbecoming, it’s also a bad strategic move. Those kinds of slurs serve to detract from the actual negatives about these women. Conway, for instance, is one of the biggest pathological liars in the history of politics. But good luck educating the masses about how dishonest she is, if liberals are going to shout down my reporting with insults about her looks.

It also erases any semblance of the high ground. The right is, inherently and blatantly and disgustingly, the undisputed champion of sexism. But how exactly is the left supposed to convince the undecided voters in the middle that the right is the problem, when the left instinctively launches into sexist attacks against the leading women on the right?

And it’s not just how the left can be so quick to invoke sexist attacks against women on the right. As Howard Dean seemed to be getting at today, the left has a problem when it comes to dealing with women on the left. One too many self-labeled “progressives” thought it was fair game to put Hillary Clinton through the ringer during the democratic primary process, while giving her male opponent Bernie Sanders a total free pass on just about everything. In fact a number of leading editorial voices on the left demanded that Sanders not be vetted or scrutinized in any way shape or form, even while they graded Clinton on an unprecedented negative curve.

But again, it’s not just about any one candidate, or one year, or one race. Donald Trump is probably the most egregiously sexist man of his era, and everyone in the middle knew it the whole time. But the left failed to convince the middle that Trump’s overt sexism should disqualify him. And in hindsight, I believe one of the core reasons was that the middle could see the left had its own share of sexism on display as well. In that sense it didn’t matter if the right was ten times, or a million times, more sexist than the left. It handed the middle an easy excuse to pretend both sides were the same, and thus not vote.

The left is about to face a test of maturity over the next few years, and perhaps a defining one. First, can the left grow up and learn to criticize women like Melania Trump and Kellyanne Conway on their negative merits instead of on their gender? And, as we get closer to the next election, can the left learn to judge its own female candidates in the same manner it judges its own male candidates? It’s not enough to be on the side that champions women’s rights. The left must figure out how to fully practice what it’s preaching.

← Delusional Donald Trump says he saved the world from being “gloomy”Donald Trump is still whining about the demise of his phony charity, misspelling words →
Leave a Comment