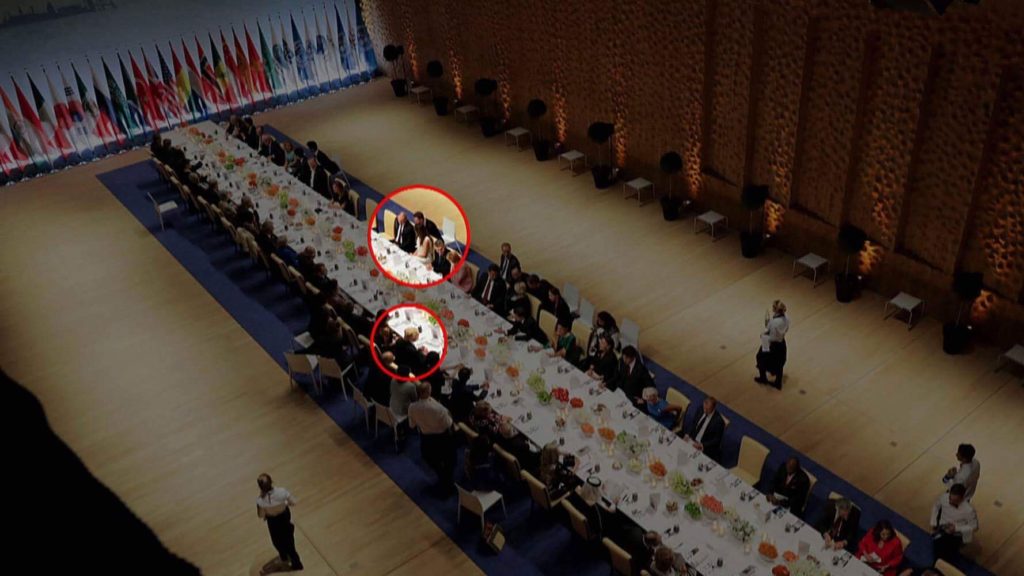 Hours after word leaked out that Donald Trump and Vladimir Putin had an hour-long private conversation during a G20 summit dinner for world leaders, a photograph has surfaced of the dinner event in question. The photo shows the elongated banquet hall table which included the leaders, their spouses, and translators. And from the look of it, other world leaders would have been within potential earshot of the Trump-Putin conversation. 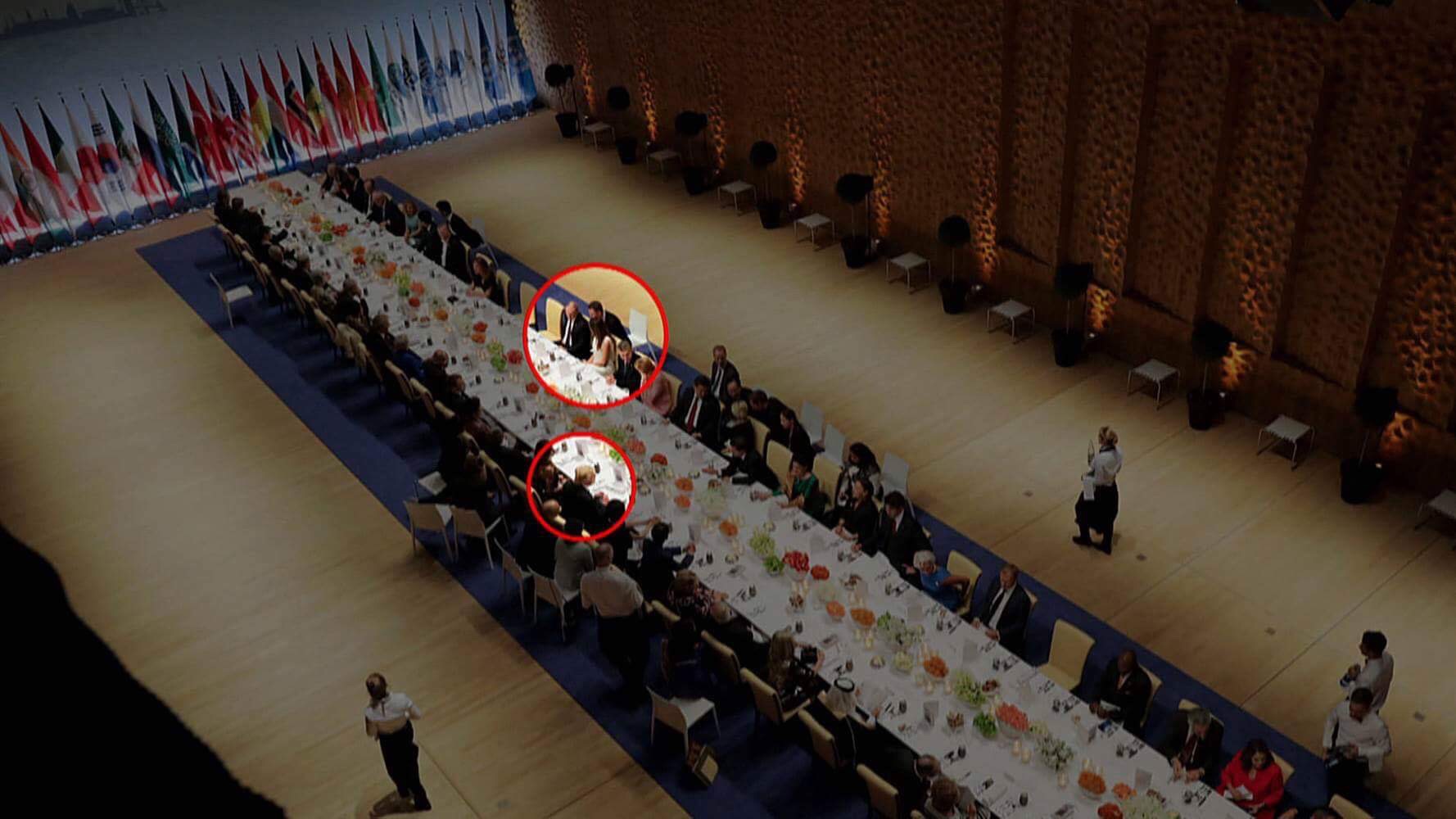 According to numerous media reports, Trump and Putin communicated with each other through Putin’s translator. Putin has occasionally been heard conversing in fluent English in years past, but he very rarely does it. So Trump and Putin weren’t leaning and having a hush-hush conversation in each other’s ears; they were going through the translator who was presumably standing behind them. Based on the layout in the photo, there would have been other people just two seats to Putin’s left, and two seats to Trump’s right, who would have been within earshot of the conversation.

The question would be whether any of them understood it. For instance, German Chancellor Angela Merkel speaks Russian. Is that her a few seats to Putin’s right? We can’t tell. Some press accounts say that Trump and Putin remained at the table and conversed after others had left, so some of their conversation may have been truly private. But if the erratic Trump got carried away and began speaking too loudly while the dinner was still going on, other world leaders may have heard a good chunk of what he said to Putin. This is worth digging into further.