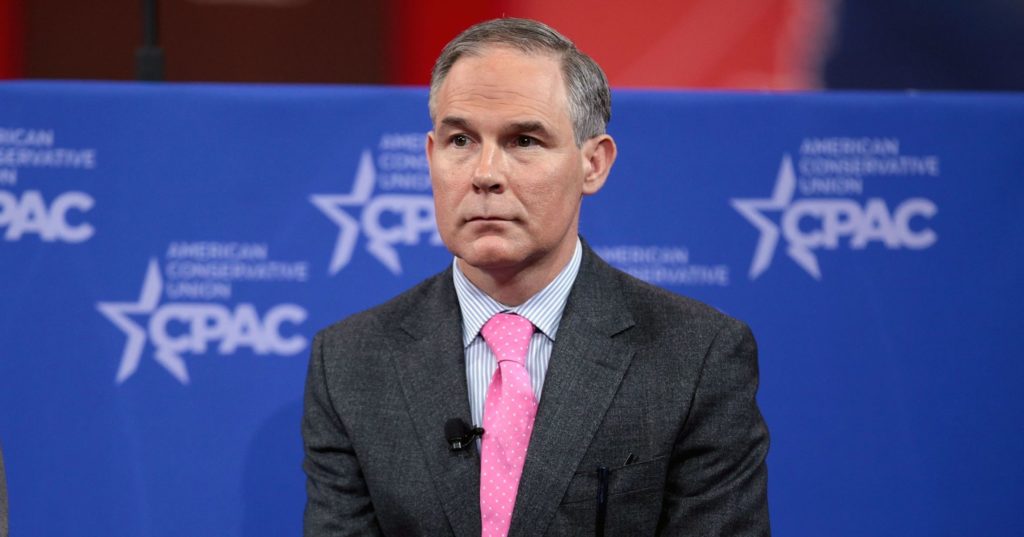 When Donald Trump picked radical anti-environment extremist Scott Pruitt to head the Environmental Protection Agency, it was clearly with the intent of destroying the agency from within, so that Trump’s big-money corporate donors would be more free to pollute as they please. So it’s not surprising that Pruitt is already taking internal steps to sabotage the effectiveness of the EPA. What is somewhat surprising is that EPA employees are actively rebelling against him by leaking everything he’s doing, even though they’ve been told to keep it to themselves.

Take for instance today’s CNBC report that Scott Pruitt has preemptively frozen all EPA grants and contracts, effectively preventing the agency from being able to function. As was pointed out by Rachel Maddow on MSNBC on Tuesday evening, Pruitt did this in secret and demanded that EPA employees keep it secret. So the public wouldn’t have this information unless one or more EPA employees leaked it to the press as an act of rebellion.