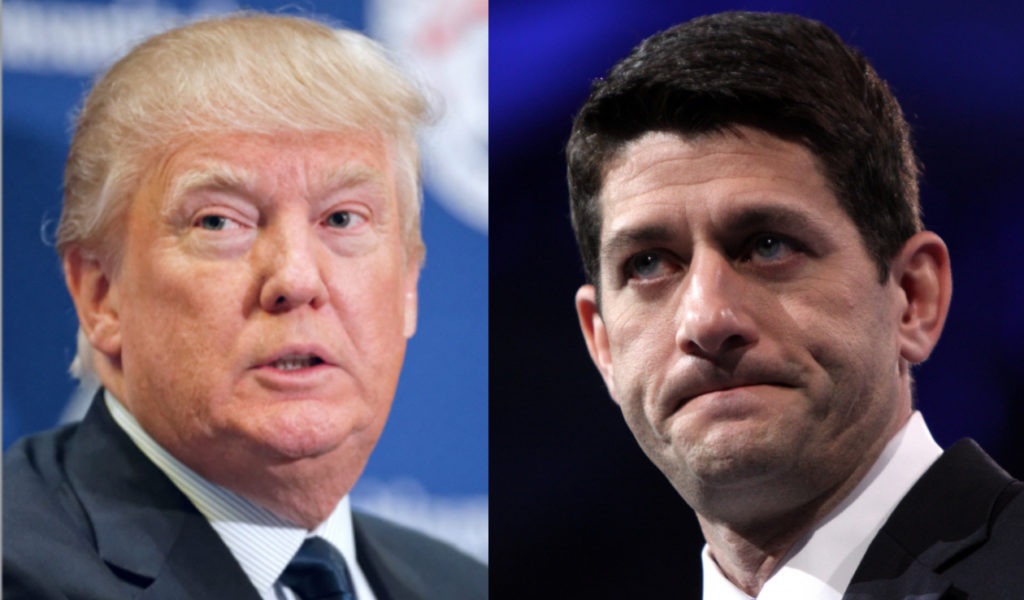 Full disclosure: I’m not a medical professional. But at this point it doesn’t take a doctor to see the rather obvious pattern in front of us. Donald Trump’s mental lapses are growing more frequent, more alarming, cutting closer to home, and are now occurring multiple times per day. In fact if one were to judge Trump based on his past two days alone, one might conclude his mental capacity is all but fully vacated. Take a look at these several recent examples.

Beginning on Monday morning, Donald Trump was involved in a bizarre incident in which he took a hat from a kid, autographed it, and flung it into the crowd instead of handing it back to him (video link here). The kids yelled out to try to correct his strange behavior, but instead he responded by doing the same thing to another kid’s hat. This was in the same timeframe in which he couldn’t remember to put his hand over his heart during the National Anthem and had to be visibly nudged by his wife. But these minor incidents were merely warning shots.

By Monday evening, Trump had unwittingly revealed during a Fox News interview that he didn’t know the name of North Korean leader Kim Jong-Un, the one he’s been threatening to blow up for the past week. He also revealed that he believes thirty-two year old Kim Jong-Un is the same guy who’s been in power since the nineties. Trump doesn’t know that Kim and his late father Kim-Jong Il are two different people (Talking Points Memo). Worse, as recently as a few months ago, Trump’s words during the campaign made clear that he did know that these were two different leaders. In other words, he’s completely forgotten the key things that he previously knew about North Korea. And even if his advisers have tried to remind him, it appears he’s now incapable of hanging on to that information.

But perhaps Monday was just a singularly bad day for Donald Trump? As it turns out, he traveled to a political rally today in Wisconsin, the home state of Speaker Paul Ryan. The two Republicans don’t always get along, but they know each other quite well. And yet Trump kept referring to Paul Ryan as “Ron” during his speech today (Bipartisan Report). On their own, any one of these incidents could be seen as a mere gaffe, an absent moment. But strung together, they paint a picture of a man who’s become mentally vacant.

Throw in the incident last week Trump he claimed that he had launched Tomahawk missiles into Iraq instead of Syria, and didn’t seem to understand his mistake after the interviewer pointed it out (link), and it establishes a clear pattern. Donald Trump’s mental lapses are rapidly worsening by the day. Only a doctor could tell us if this is something like dementia or Alzheimers or the mere effects of worsening situational stress. But no matter the diagnosis, it’s clear Trump is objectively incapable of doing the job or holding the office – and he must resign. Contribute to Palmer Report