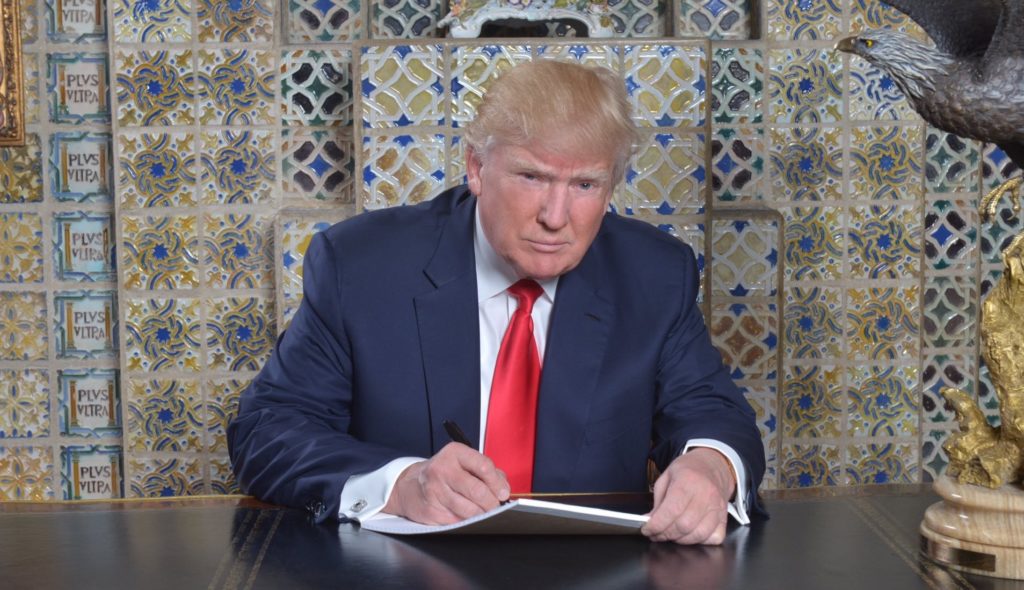 Donald Trump’s brief tenure as “president-elect” has brought a number of American firsts. He’s the first to ever be so unpopular as to have an approval rating in the thirties before he even takes office. He’s the first to be turned down by every A-list musician whom he asked to perform at his inauguration. He’s the first to reportedly hire seat fillers to cover for the lack of public attendance. And he’s the first who has to periodically try to convince the public that he’s actually doing bits and pieces of the job.

For instance, with his inauguration about become a bust by all accounts, Donald Trump decided today to try to convince Americans that he’s actually taking it seriously. To that end, he tweeted that he’s “Writing my inaugural address at the Winter White House, Mar-a-Lago, three weeks ago. Looking forward to Friday.” He included what might be the worst staged picture of all time:

That’s right, Donald Trump wants us to believe that because holding a fancy pen up against a 99 cent notepad while holding it at an odd angle which no one could ever write, next to a weird eagle, in front of a wall that looks like it was vomited on by King Midas, he’s being serious about the job.

Oddly, we checked the Tweetbot attributes, and he didn’t even post this tweet; his staff did. They’re the ones who appear to be worried that America doesn’t think Trump is capable of taking the job seriously. We can’t imagine why.