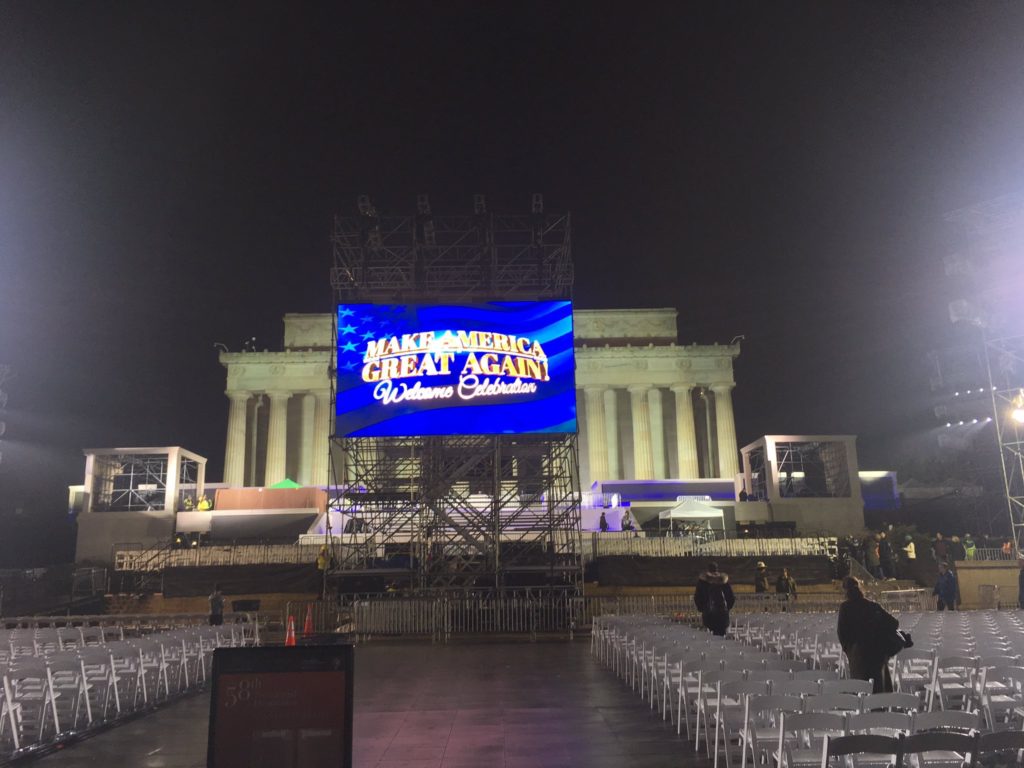 Someone may be trying a little too hard to compensate for something. In a move which is stunning within the annals of American norms and history but is not at all surpassing within the context of Donald Trump’s narcissism, he’s now erected a giant hideous Jumbotron screen in front of the Lincoln Memorial which is displaying promotions for him, while all but blocking out Abraham Lincoln and the monument behind it. Seriously, look at this shit:

And Trump wonders why he can’t get anyone respectable to show up to his pseudo-inauguration.