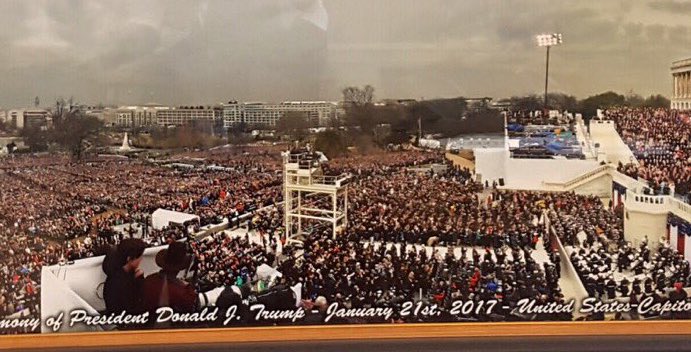 Oh, Donald. Didn’t anyone ever tell you to check the fine print? The least popular “president” in American history attempted to assuage his own hurt feelings over the lack of turnout for his inauguration by announcing today that he’s hanging a panoramic photo of his inaugural in the White House press room. He posted the photo in a tweet today, presumably expecting a positive response. But instead Twitter users simply looked closely at the photo and saw that it had the wrong date emblazoned on it.

The photo in question, despite being a professionally taken panoramic picture which could have stretched all the way to the end of the National Mall, conveniently stops right around the section where Donald Trump’s inauguration crowd fizzled out. But it gets stranger. The caption on the photo reads “Swearing In Ceremony of President Donald J. Trump – January 21st, 2017.” That’s not the date of his inauguration: 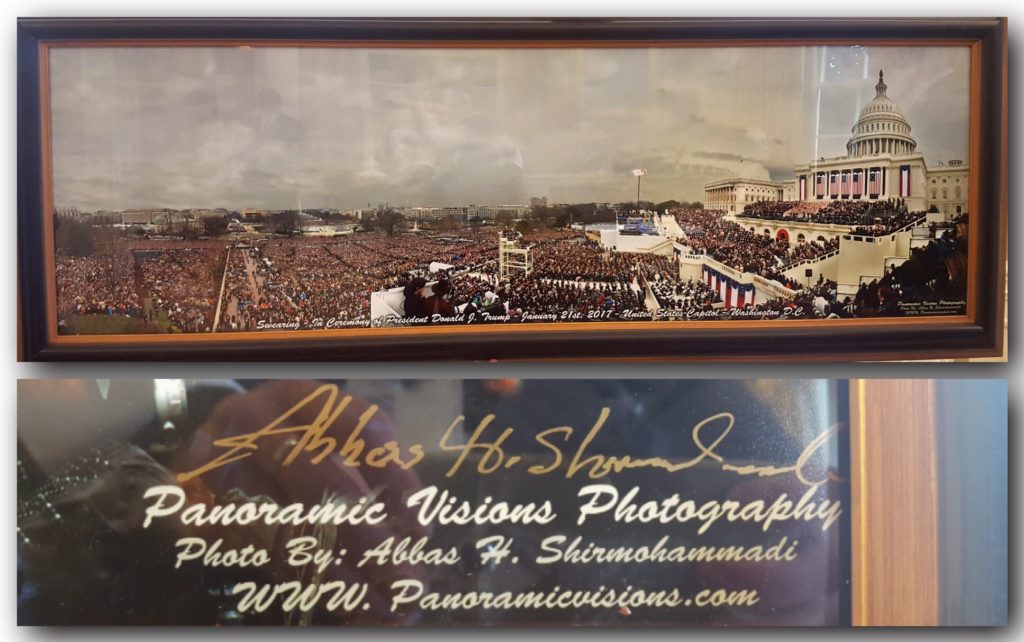 Take a closer look at it:

Most of us would like to forget it ever happened at all, but Trump was inaugurated on January 20th, not the 21st. This strange photo, which is full of artifacts and looks like crap overall, has been done so poorly that an image of the camera man himself appears to have been captured in the photo, as if he’s standing about eighty feet tall above the word “Swearing.” And as if to rub it in, the January 21st date on the photo is actually of the Women’s March protests against him. But it somehow gets even stranger, because some folks on Twitter think this photo is actually from the wrong year.

Various Twitter users are now convinced that this photo is actually from President Barack Obama’s first inauguration in 2009. We have not been able to substantiate that claim, and a Google reverse-image search is inconclusive. But Donald Trump’s “alternative facts” presidency has already engendered such distrust of his every word that it’s not surprising so many people think this strange photo isn’t even of his inauguration.