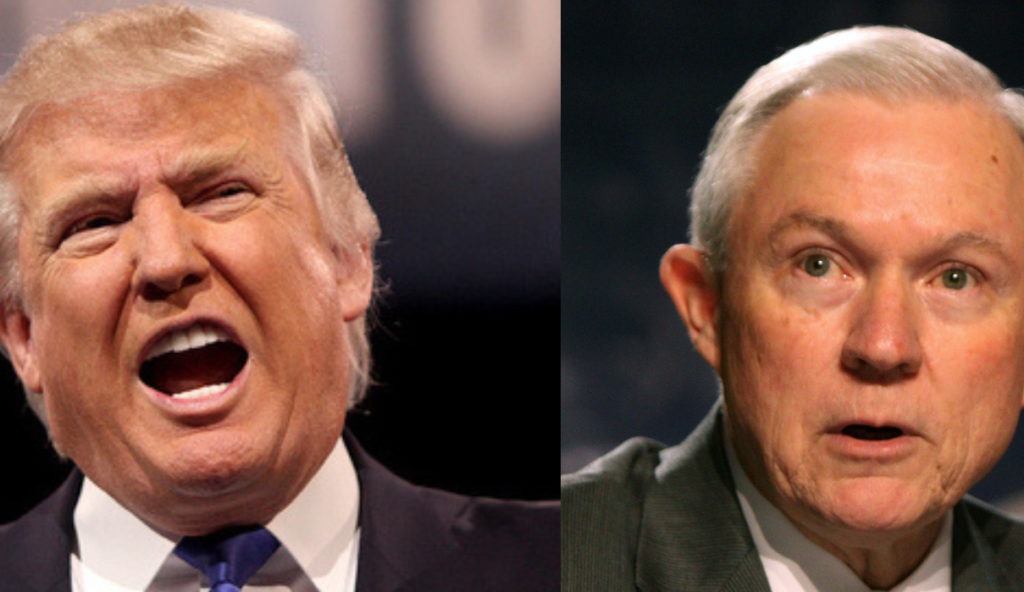 Now that Attorney General Jeff Sessions has turned out to be the dam that broke in Donald Trump’s Russia scandal, new details are arising by the hour. Sessions now admits he met with with Russian Ambassador Sergey Kislyak during the Republican National Convention and again on September 8th. But now turns out both Trump and Sessions met the Russian Ambassador at Trump’s first ever foreign policy speech back in April of 2016 – because they invited him there.

Russian Ambassador Kislyak was an invited special guest at Donald Trump’s initial foreign policy speech nearly eleven months ago. During that speech, Trump made a point of spelling out his foreign policy of going soft on Russia for no particular reason. Before the speech, Donald Trump and Jeff Sessions are known to have met with Kislyak backstage for a reception, though it’s not known what might have been discussed between them. This establishes two key new aspects of the Trump-Russia scandal.

The first new revelation is that Sergey Kislyak went well beyond merely meeting and colluding with Donald Trump’s campaign advisers during the course of the election; he appears to have attended the speech where Trump first carved out his give-Russia-eeverything position in order to make sure Trump went through with it. The second new revelation is that this alters the known timeline, as it means Trump and his campaign began meeting with Kislyak well before the Republican National Convention. But it gets stranger.

While it’s not known what conversations took place when Trump and Sessions met Sergey Kislyak in April, Politico is now confirming for certain that Kislyak was in attendance. In addition, an earlier Wall Street Journal report says that Trump greeted Kislyak “warmly” at the event, meaning that they met during the reception for certain. And yet Trump has consistently claimed he never had any contact with Russia; he lied. Contribute to Palmer Report