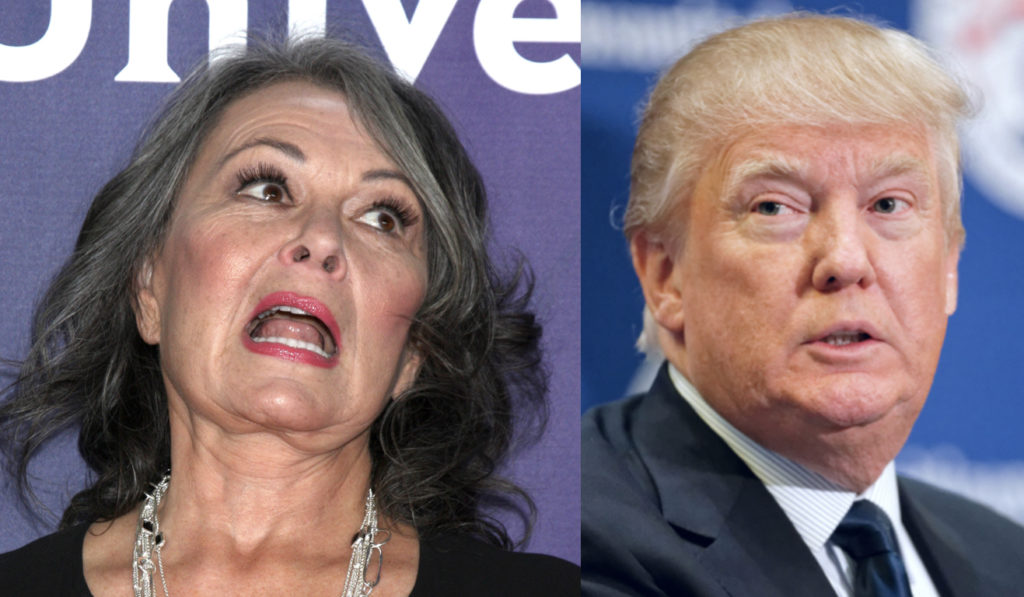 After Roseanne Barr posted a hideously racist tweet yesterday comparing African-American former Obama adviser Valerie Jarrett to an ape, ABC News promptly canceled her show. This made sense to everyone involved, except of course for Donald Trump supporters, who don’t want to admit that their racist support of Trump is in any way racist. So naturally, they seized on a particularly deranged racist conspiracy theory for why Roseanne was really canceled.

The decision to cancel the show was made by ABC Entertainment President Channing Dungey. Bob Iger, the Chairman of ABC’s parent company Disney quickly jumped on twitter to signal his support for Dungey’s decision. But then Trump’s base figured out that Dungey is a black woman. Within hours, various Trump supporters on Twitter were ginning up a phony story about Dungey having asked Michelle Obama to make the decision about whether to cancel Roseanne.

It’s not difficult to understand why Trump supporters settled on investing this particular false narrative. In their minds, it plays right into the racist and sexist stereotype that every powerful black woman out there is somehow huddled together as part of some back-room conspiracy. And because racism comes so naturally to these types, they presumably thought that the rest of us would hear their racist conspiracy theory and think “Yeah, that sounds about right.”

As we pointed out last night, there are a whole lot of white people who want it both ways. They want to be able to support a racist politician like Donald Trump because they like the idea that they might personally benefit from his racist agenda, but they also want to pretend they’re not really racists. It’s part of why they make up deranged conspiracy theories like the one about Michelle Obama. If they’re going to be this blatantly racist, they should at least own it.