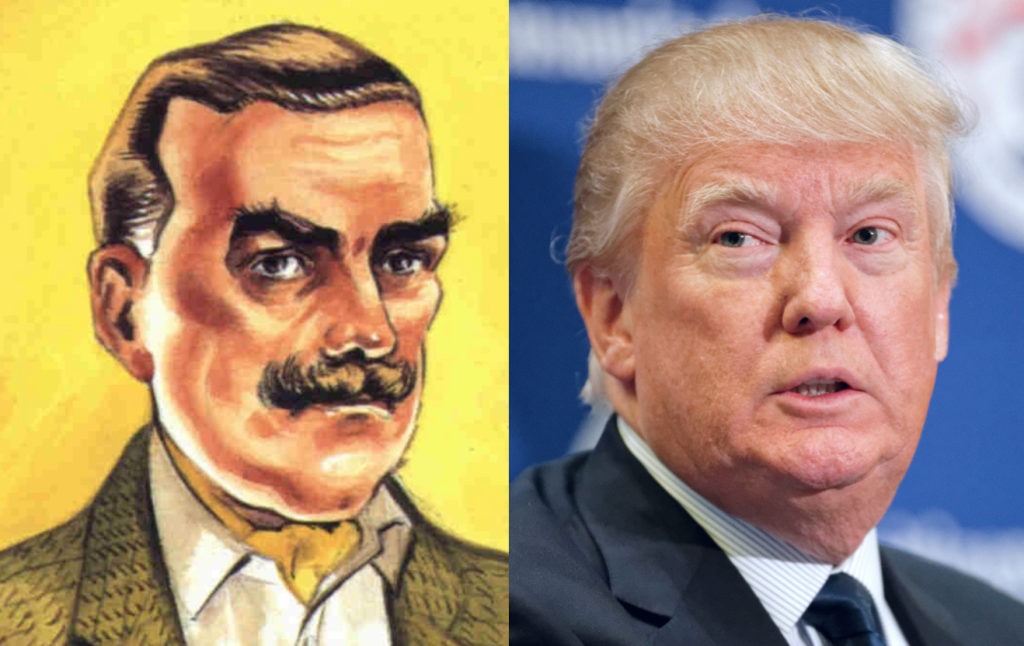 Here’s the thing about politicians: most of them lie. Some of them lie far more often than others. In fact some of them get away with lying all the time. The key is that the lie has to sound like it could be true, to the ear of those voters in the middle who don’t know what the truth is. It’s why Donald Trump has generally gotten away with the endless big lies he’s told up to this point. And it’s why latest big lie is betraying him.

“Does he really think Obama wiretapped him? This is getting out of control.” That was the message I received this week from a friend who doesn’t really care about politics, and has never liked Trump, but had recently been of the belief that since we’re stuck with him anyway, let’s give him a chance. But no more. My friend is done with him. All it took was this bizarre accusation which sounds absurd on its face, the kind of accusation that reasonable don’t make without offering evidence, and the kind of unfounded accusation that reasonable observers see as being completely nuts.

Donald Trump has gotten away with a number of absurd lies. He invented imaginary Mexican rapists pouring over the border. He insisted Muslim terrorists were secretly arriving on every international flight. He claimed the annual budget deficit was going up when it was going down. But to someone who has no particular political leaning and has no knowledge of anything that’s going on, these are the kinds of lies that sound like they could be true. In contrast, the idea that the mild mannered President Obama was secretly wiretapping Trump Tower during the election? Even to someone who has no knowledge of politics, or knowledge of anything, it sounds a lot like the guy on TV who claims everything that happens is the work of aliens.

Trump’s base is eagerly eating up his deranged wiretap conspiracy, whether they think it’s true or not, because it allows them to reinforce their belief that their hero Trump was being railroaded by the system, and that their enemy Obama is a super villain. But Trump’s base doesn’t matter in these things. To succeed as president you need the support of half of the country, which requires two or three times as many people as your base, and Trump doesn’t have that. It’s why his approval rating is historically low for a new president.

Trump already didn’t have the American middle on his side. Approval ratings as low as his make it hard to govern, particularly when millions of people are marching in the streets in opposition. Political capital is defined for a president by his approval rating, which in turn is defined by how the middle views him. And at a time when Donald Trump desperately needs to find a way to sound presidential, he’s instead hitting them with a conspiracy theory about a popular former president that’s so absurd on its face, they don’t even need any political knowledge to inherently understand that it’s offensively and unnervingly false – and that Trump is either shamefully lying or he’s nuts.

It’s gotten even worse for Donald Trump this week, as his one adviser tries to claim he was just “joking” about the wiretap, while his other adviser suggests that Obama may have been spying on Trump through his microwave oven. Even Trump’s own people can’t decide whether to try to distance him from his own words, or to invent even more absurd variations. It’s the kind of fatally flawed lie that even professional spinmeisters don’t know what to do with.

When the American mainstream hears Donald Trump and his team insist that it was Obama in the tower with a microwave, what they’re hearing is that Trump thinks it was Colonel Mustard in the library with a lead pipe. Next he’ll be claiming it was the one armed man, or that the dog ate his tax returns. Trump is one of the most skilled liars of our time, and he’s certainly the most frequent liar in politics, and it’s gotten him this far. But as it all catches up with him, he couldn’t have chosen a worse lie at a worse time. And as the people in the middle figure out he’s lying about this, they realize he’s been lying about everything all along. Contribute to Palmer Report