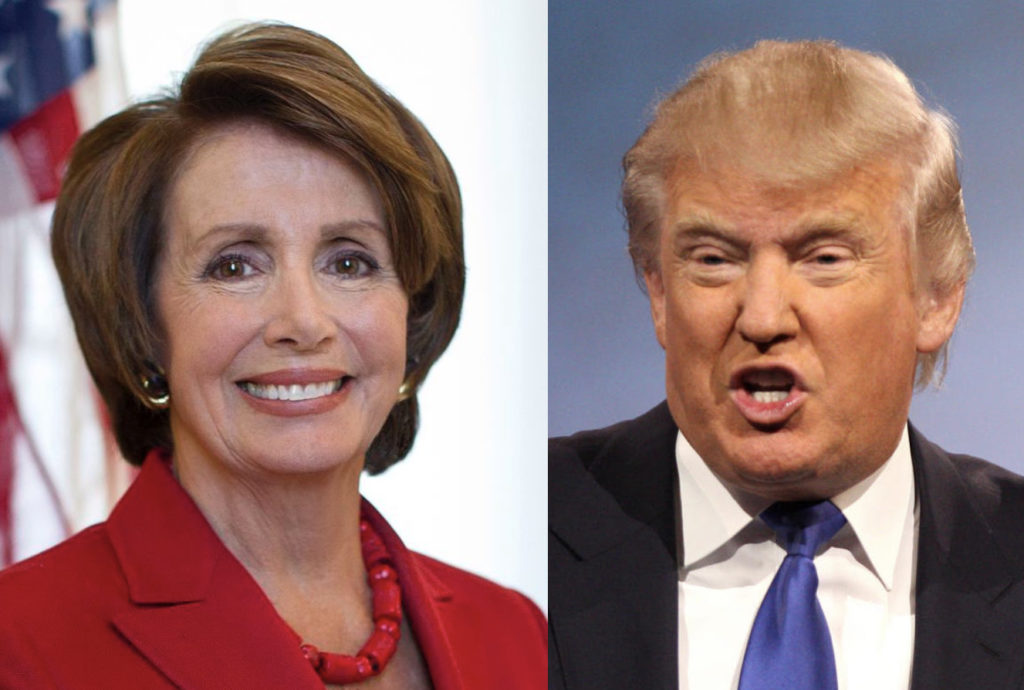 Now that Michael Flynn has decided to cut a plea deal against him, Donald Trump has become even more frantic and frayed than usual. His public remarks and tweets are growing more self destructive by the day – and today it ended up costing him in tangible fashion. Trump was supposed to meet with House Minority Leader Nancy Pelosi and Senate Minority Leader Chuck Schumer today, but after he posted an idiotic tweet, they told him to go to hell.

This morning Trump tweeted “Meeting with ‘Chuck and Nancy’ today about keeping government open and working. Problem is they want illegal immigrants flooding into our Country unchecked, are weak on Crime and want to substantially RAISE Taxes. I don’t see a deal!” There were so many problems with this tweet, it’s difficult to know where to begin. He’s lying about taxes. His remark about immigrants was racist. And you don’t publicly announce “I don’t see a deal” just as you’re sitting down to negotiate a deal.

This promoted “Chuck and Nancy” to promptly cancel their meeting with Trump, in what amounted to a humiliating blow for him. Schumer took to the Senate floor and said “Unfortunately this morning, instead of leading, the president tweeted a blatantly inaccurate statement.” He added “Leader Pelosi and I believe the best path forward is to continue negotiating with our Republican counterparts in Congress instead.”

In other words, Donald Trump blew it. He was hoping to make himself look reasonable in the eyes of American moderates by hammering out an immigration deal with Democratic Party leaders. Instead, because he ignorantly ran his mouth first, they made a point of taking their bipartisan goodwill away from him and handing it back to the Republicans in Congress. Trump still hasn’t tweeted in response, which suggests he’s been caught off guard.