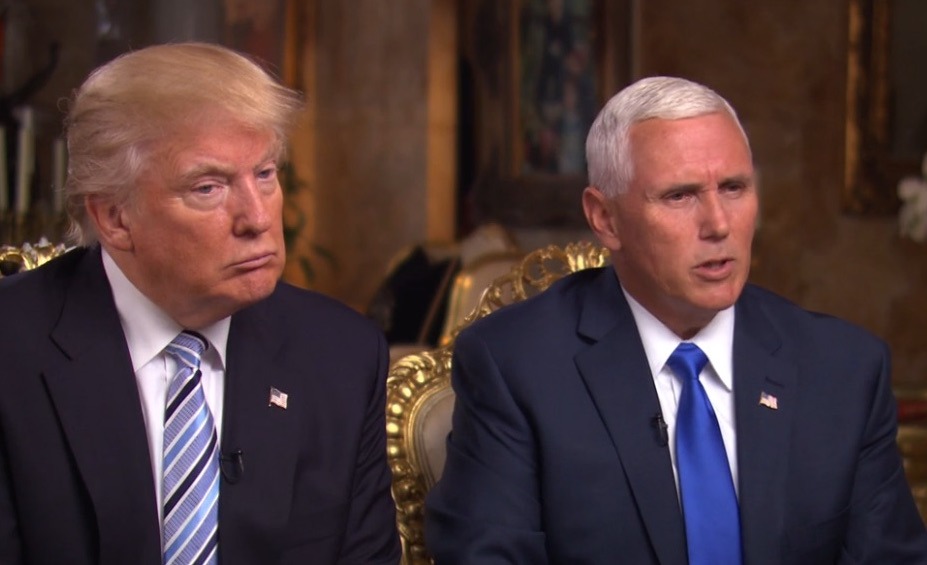 Here’s the thing about Mike Pence: he ostensibly only signed onto the Donald Trump campaign because he figured that if Trump won and then predictably imploded while on the job, he might get to inherit the presidency. Now that Trump’s scandals are exploding and his behavior is more erratic than ever, Pence has begun taking actions that make clear he’s begun auditioning for the job. But just wait til Trump figures it out.

Consider the steps Mike Pence has taken thus far this month: he’s formed a fundraising PAC that’s independent from Trump (link). He’s been scheduling speaking gigs at graduations and other events that he thinks will allow him to look presidential (which backfired when students at Notre Dame) walked out on him). He’s campaigning for Republican candidates in special elections. And then there’s this bizarre nugget about Pence scheduling a rally in Louisiana for no apparent reason link), along with a leadership roundtable meeting.

Pence is trying his best right now to look presidential. He’s hoping Congress and the American public will be accepting of the idea of elevating him if and when Trump’s mess devolves to a point where everyone on all sides concludes that something absolutely must be done. Further, it appears Pence is planning for a presidential run in 2020 under the assumption that he’ll already be president by then. But while Trump isn’t the sharpest when it comes to these things, he is paranoid. And if he hasn’t already, he’ll figure out soon that Pence is actively plotting for a post-Trump future.

That moment is going to be popcorn-worthy. Once Donald Trump decides that Mike Pence is at fault for everything that’s spiraling out of control with his own presidency, he’ll turn on him – and it won’t be pretty. For those who don’t want Trump or Pence to be president, we might get to see them destroy each other before it’s all over.