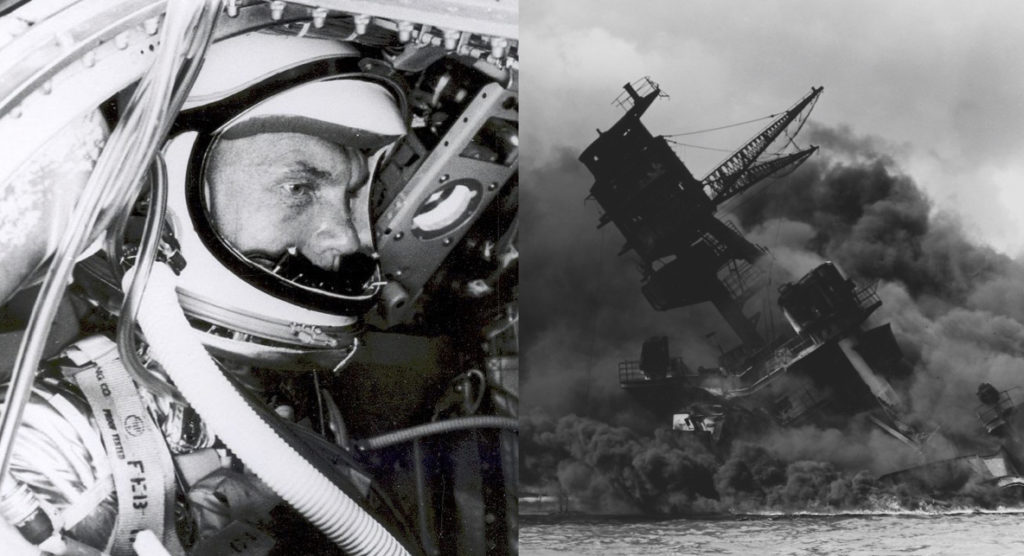 In amongst Donald Trump’s otherwise insulting and accusatory Twitter-storm over the past few days, one might be surprised to find two rather respectable sounding tweets. One paid tribute to Pearl Harbor yesterday on the anniversary, while the other paid tribute to pioneering astronaut and former Senator John Glenn, who passed away today. The trouble: based on a rather easily technical way of checking, Trump didn’t write either one of those tweets, nor did he post them. It’s possible he isn’t aware these two tweets posted on his account from his staff even exist.

It’s been long documented, for instance by this data scientist and this Atlantic report that when Donald Trump tweets things himself, he uses an Android device. But when his staff tweets things on Trump’s Twitter account, they use either an iPhone or a computer web browser. Believe it or not, it’s fairly easy to check and see for yourself which of Trump’s tweets have come from which kind of device.

Although the official Twitter app doesn’t readily provide these details, a longtime third party Twitter app called Tweetbot does in fact display this information when you tap on the rotary wheel and then select “View Details” on any given tweet. So I went digging to see which of Donald Trump’s supposed tweets over the past few days really came from him. The results aren’t shocking.

Here’s a nice presidential-sounding tweet about Pearl Harbor, which was posted with an iPhone, meaning he didn’t write it or even post it himself: 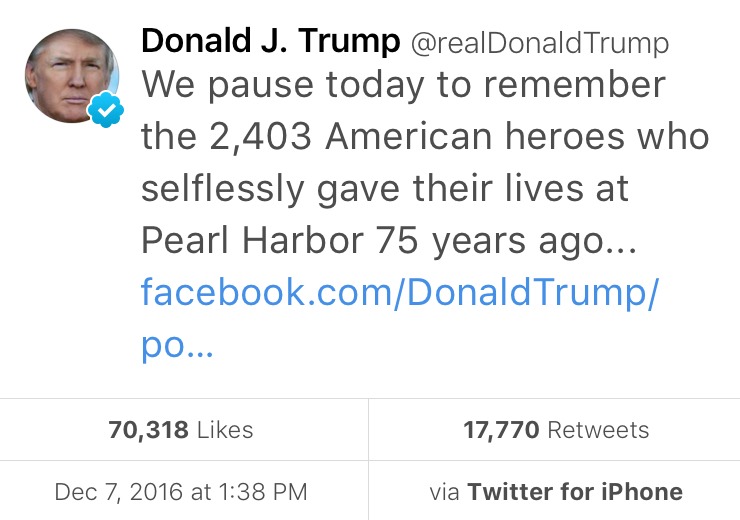 And here’s another professional sounding tweet about the late John Glenn, also posted with an iPhone. He didn’t write or post this one either: 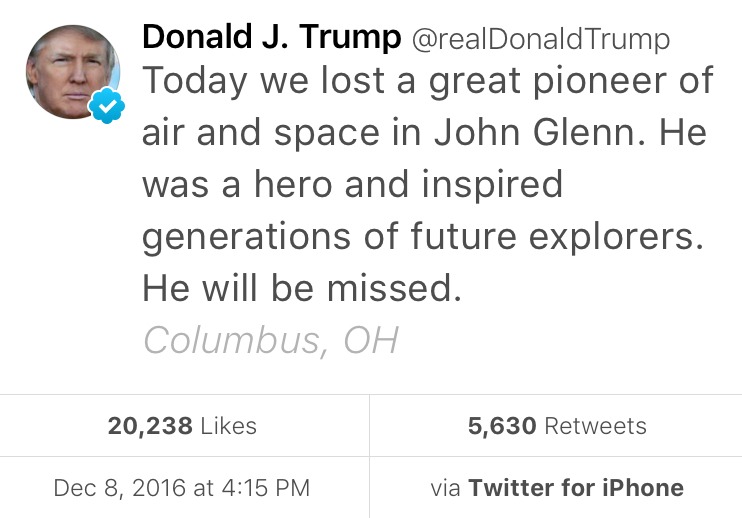 On the other hand, here’s a childish attack on a union leader, which was posted with an Android, meaning Trump wrote it himself: 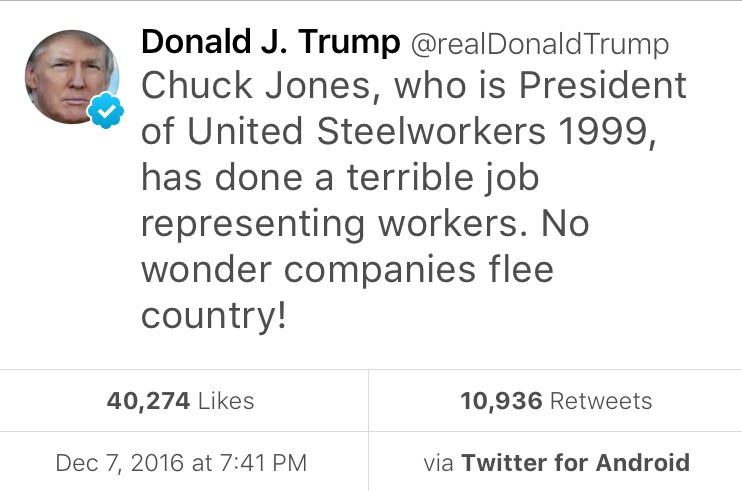 And because he can’t help himself, he resumes his attack on unions an hour later, also posted with an Android: 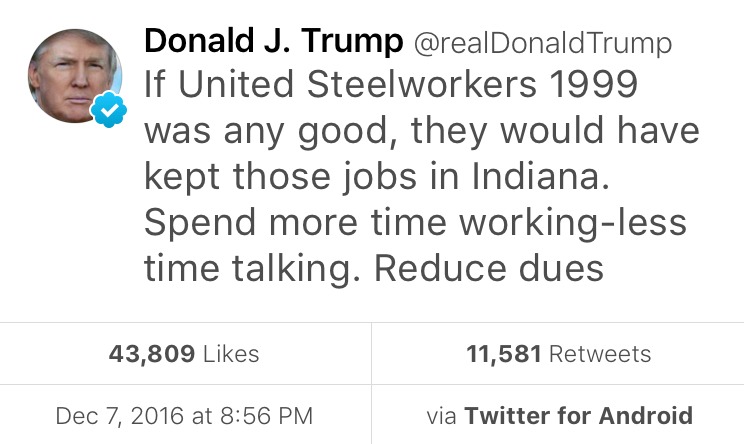 And so the pattern couldn’t be any more clear: the infantile sounding tweets come from Donald Trump himself on an Android device, while the adult sounding tweets come from nameless staffer(s) from an iPhone. Again, the above source links in the second paragraph of this article document the long and consistent history of Trump’s iPhone vs Android Twitter pattern. You can track this yourself going forward, by using the Tweetbot app. And so Trump’s Jekyll and Hyde routine on Twitter is a result of someone else being Dr. Jekyll and him being Mr. Hyde.