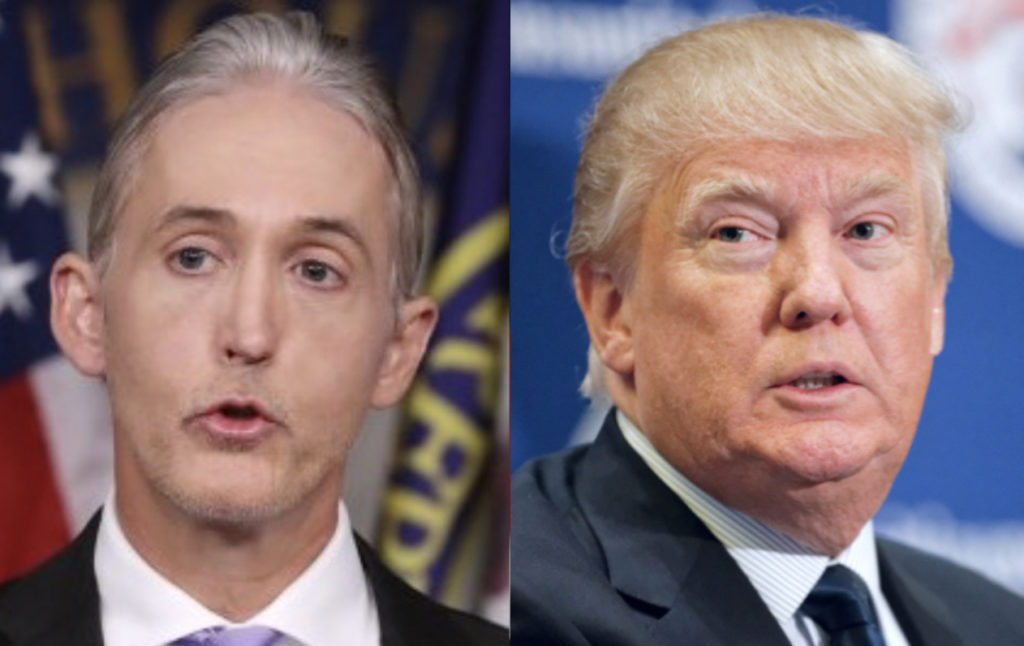 Earlier today, the news broke that Donald Trump had asked former Republican Congressman Trey Gowdy to join his legal defense team. Then came a report that Gowdy had turned him down. Now comes a conflicting report that Gowdy has actually accepted the job. What?

CNN is now reporting that Trey Gowdy met with Acting White House Chief of Staff Mick Mulvaney today, and has agreed to serve as “outside counsel” to Donald Trump. It’s not clear how this jibes with this afternoon’s report that Gowdy had turned the job down, but something weird is going on here. What went on during this meeting? What does it mean that he’s serving as outside counsel? Is this a real gig, or is Gowdy just appeasing Trump by taking an imaginary legal role, like Rudy Giuliani? And what does this mean for Gowdy’s current role at Fox News?

What stands out here is that while Trey Gowdy is a former federal prosecutor and therefore obviously has legal skills, he’s also the architect of some of the most damaging and deranged phony conspiracy theories in the history of the United States government. Gowdy took the Benghazi tragedy and obsessively tried to spin it into a Hillary Clinton scandal, in shameful and inept fashion; Clinton ended up mopping the floor with him during her testimony.

But Donald Trump never met an asinine conspiracy theory that he didn’t like, so it’s perhaps fitting that he’s now hiring a walking talking tinfoil hat like Trey Gowdy. We’re left to wonder what this means for Rudy Giuliani and Trump’s other existing lawyers and quasi-lawyers, all of whom have been doing a terrible job of representing him. Is Gowdy replacing one or more of them, or is he just adding to the idiocy?