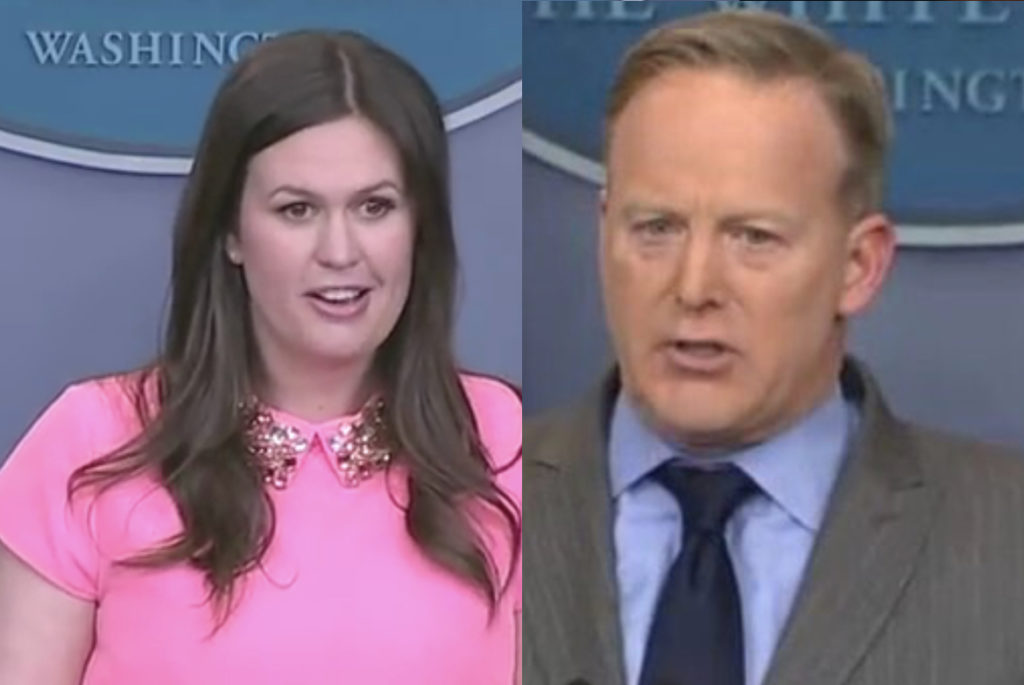 White House Deputy Press Secretary Sarah Huckabee Sanders has been filling in for her boss Sean Spicer more frequently of late, and she’s been suffering a number of familiar pitfalls. She seems to be having a harder time summoning enthusiasm while selling Donald Trump’s lies. She’s becoming more defensive. And that’s not the only manner in which Huckabee Sanders has begun emulating Spicer.

Among Sean Spicer’s biggest flubs have been his gibberish Twitter posts. Twice he’s tweeted what appeared to be his own password. Once he simply tweeted the word “pot.” But now his deputy has managed to top him. 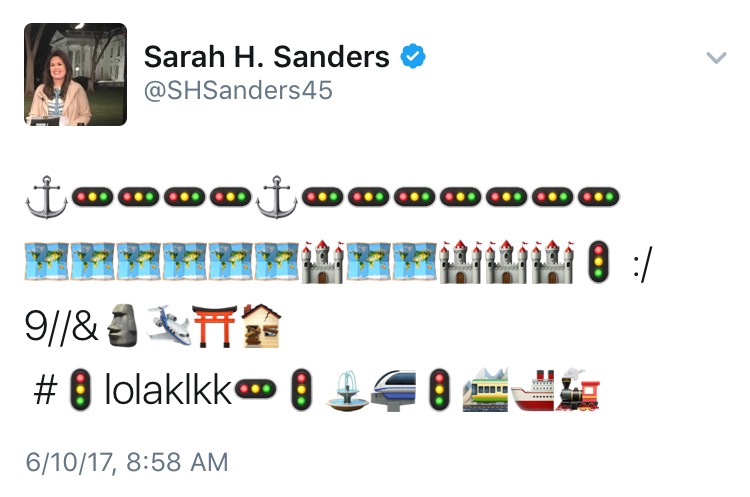 Later she claimed that her three year old had gotten ahold of her phone. But this excuse raises questions of its own, such as whether this represented a breach of security protocol. In any case, with Huckabee Sanders’ tweet containing so many emojis about ships and trains, it led to the inevitable joke as to whether this was what the Trump administration meant by “infrastructure week.”

← Hey Donald Trump, we may have found your White House leaker. It’s Kellyanne Conway.Donald Trump can’t be bothered to look up from his golf game after three U.S. solders die in Afghanistan →
Leave a Comment