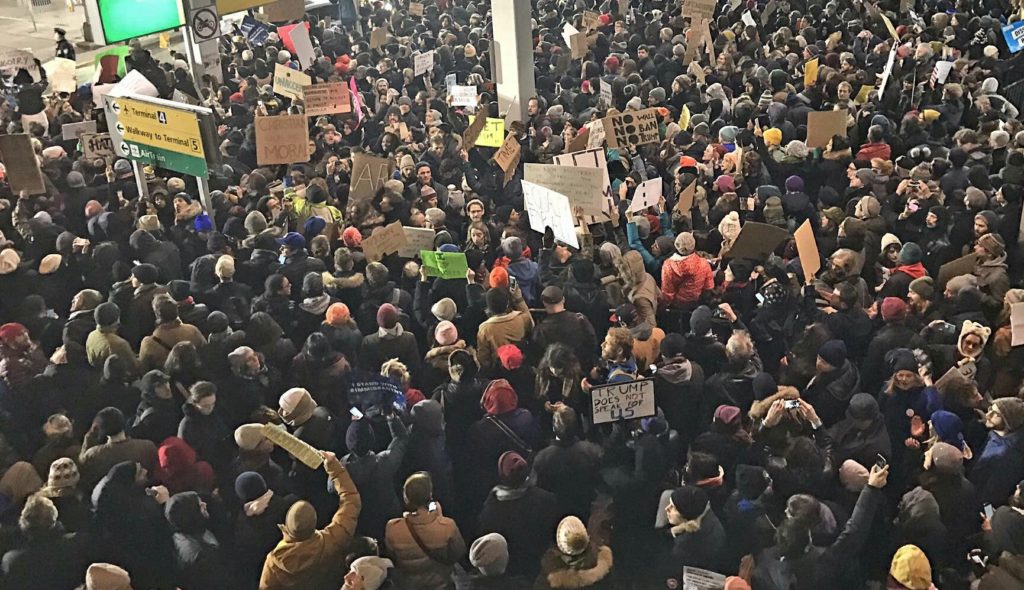 Just hours after Donald Trump signed a plainly unconstitutional executive order banning anyone from entering the United States from seven Muslim countries, even they were already legally established in the U.S. and were simply returning from travel a federal judge has stepped in and issued an immediate stay against the order.

Numerous individuals had been detained in airports in the United States as a result of Trump’s order, prompting thousands of protesters to rally in support of them at airports including JFK in New York and Dulles in Washington DC. Even as Americans took over entire terminals and airport parking garages due to their sheer number, attorneys and civil rights organizations descended on the scene — and the ACLU sued. That led to a 7pm hearing at a federal courthouse in Brooklyn, which also drew thousands of protesters outside its front steps.

Judge Ann M. Donnelly granted an immediate stay against Trump’s order around 8:45pm, which was immediately announced on social media by those who were in the room. Jackie Vimo of the National Immigration Law Center tweeted the following: “The stay is granted! 4 factors have been met: Irreparable harm established, likelihood of success on merits, no harm to govt. Likelihood of class cert.” The judge then demanded that the government provide a list of who’s being detained, and it responded by claiming it didn’t know precisely who was being detained. The judge’s reply: “Work it out.”

Meanwhile, as word of the judge’s ruling spread across the nation and reached the various airport protest sites, the protesters erupted in celebration. While the judge’s ruling ostensibly means all Muslims detained by Trump in U.S. airports will be immediately released, federal lawyers will likely continue to fight the motion in court, meaning that the battle is just getting started — but it’s a clear bodyblow to Trump and his unconstitutional executive order.