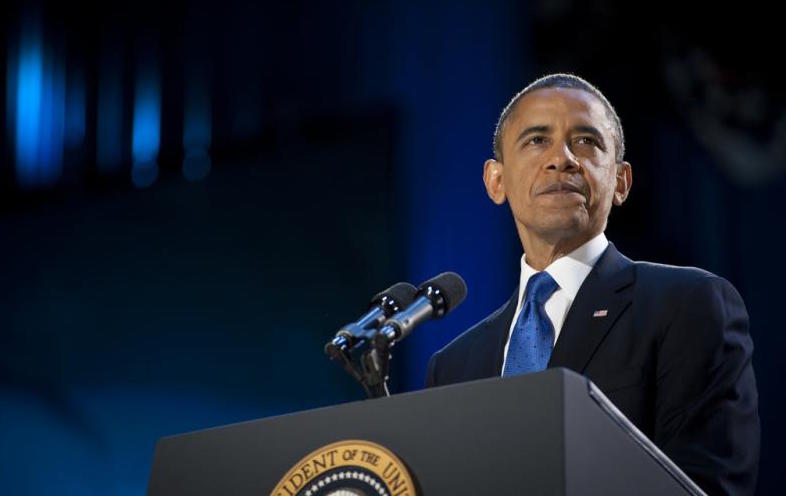 On Sunday morning, a college professor tweeted that “Kenyan” President Barack Obama should be impeached, then after backlash, deleted his entire Twitter account – only to post a statement defending his deleted tweet on his own website. The strange saga of Ed Calle, an Assistant Professor at Miami Dade College in Florida, began after political activist Scott Dworkin tweeted the case for impeaching Donald Trump. Calle responded with “Let’s work on impeaching the Kenyan first,” and things went downhill from there.

Professor Calle’s rather blatantly racist reference to President Obama didn’t go over well on Twitter, prompting scores of users to fire back at him. The precise sequence of events is not clear, but at some point later in the day, Calle deleted not just the tweet in question, but his entire Twitter account, which now displays an error message instead. Also at some point later on Sunday, the professor posted a note on his official website which reads in part:

“When one responds to a comment demanding the baseless impeachment of President Elect Donald J. Trump, an ironic and likely baseless response alternatively suggesting the impeachment of someone whose birth certificate has been carefully studied by experts and deemed a forgery numerous times, that statement is described as racist. Challenging common and unconfirmed beliefs is not racism.”

In other words, Professor Calle is a “birther” conspiracy theorist who has convinced himself that President Barack Obama was secretly born in Kenya. He also sort of apologized and sort of didn’t, opining that “while I am sorry if anyone was offended by my Constitutionally protected exercises of free speech and inquiry, I do not apologize for exercising my rights.” Finally, he threatened legal action against pretty much everyone. He also referred to murderous demagogue Vladimir Putin as being “classy.”

According to the Miami Dade College website, Ed Calle is indeed currently on staff. While being an educator does not disqualify one from having or expressing personal or political beliefs, it’s unlikely that the college will look kindly on a professor who goes around derisively referring to President Barack Obama as “the Kenyan.” We’ll presumably find out if he still has a job on Monday.