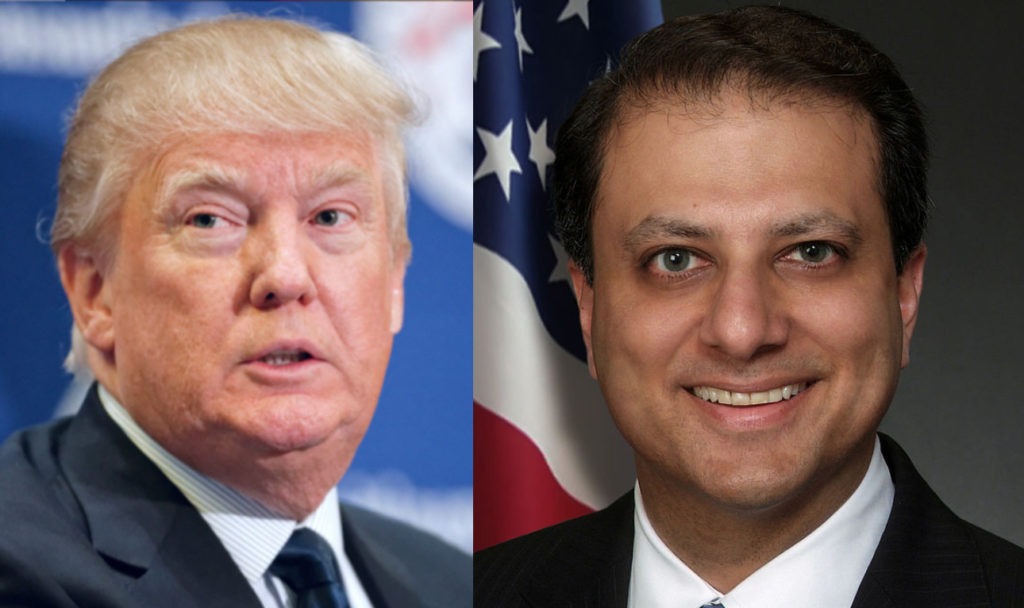 Three different ongoing storylines centering around Donald Trump and Russia have all converged into the same story today, thanks to the arrival of a piece of information which connects the dots between all three. The short of it: we know now that Donald Trump fired U.S. Attorney Preet Bharara while he was prosecuting the Russian spy who had first recruited Trump’s campaign adviser Carter Page into the Kremlin fold.

Here’s the storyline as it now fits together. According to new reporting today from BuzzFeed, Russian spy Victor Podobnyy has been caught bragging that back in 2013 he first recruited Carter Page and convinced him to begin handing over important documents, in exchange for the empty promise of making Page rich. Then in January of 2015, U.S. Attorney Preet Bharara went on to bust Victor Podobnyy’s Russian spy ring in New York (source: Los Angeles Times). Bharara had been continuing to pursue the prosecution of Podobnyy, until Donald Trump suddenly and unexpectedly fired him last month. Now today, evidence has leaked out revealing that Podobnyy first recruited Page.

In other words, Trump fired Bharara in a last ditch effort to derail the prosecution of Podobnyy, before it could reach the stage where the public would have learned that Podobnyy was Carter Page’s Russian handler. But that information has now leaked today anyway (link), and it all but confirms that Page was acting as a Kremlin mole or asset the entire time he was working for the Trump campaign. Trump had informed Bharara back in November of 2016 that he could keep his job in the new administration, making it suspicious that Trump then turned around and suddenly fired him three weeks ago. And now we almost certainly know why he did it. Yet the information Trump was trying to quash has now become public anyway. Contribute to Palmer Report