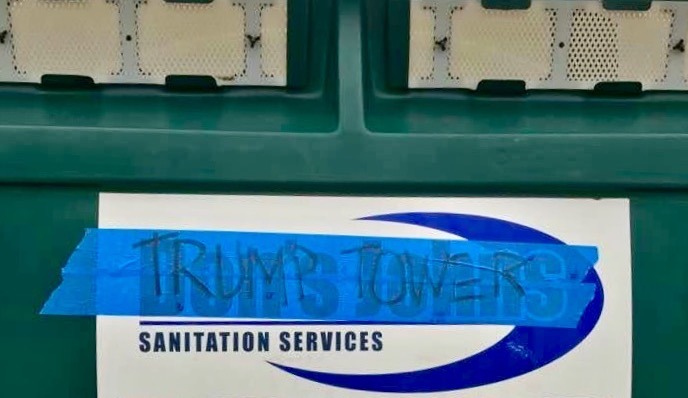 Donald Trump just can’t seem to avoid controversies this week that involve bodily functions. Even as he desperately tries to fend off the infamous “Russian pee pee tape” scandal, the organizers of his inauguration rolled in a bunch of port-a-potties which just happened to have been made by a very real company which had the fitting name of Don’s Johns. And after workers taped over the “Don’s Johns” logo on the portable toilets, one prankster decided to give them a new name instead.

One of our readers tipped us off to the handiwork of an unknown prankster, who apparently used a black magic marker to rebrand the port-a-potties as “Trump Tower”…

And so there we have it. During a week in which Donald Trump is fending off a scandal involving peeing, he gets stuck with “Don’s Johns” portable toilets which sounded like they were named after him – and then someone went and really did name them after him.